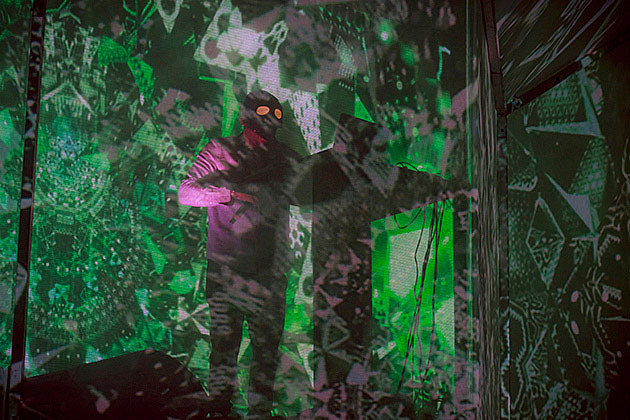 Flying Lotus didn't release an album in 2015, but he was still a wildly prevalent figure in music all year. He formed the supergroup WOKE with Thundercat and Shabazz Palaces, and released a song featuring George Clinton that just ended up on Pitchfork's top tracks of the year today. He contributed to the great Kendrick Lamar and Thundercat albums, and he picked up a Grammy nom for the Kendrick collab he put out last year.

He's got a few live dates coming up, including the Day For Night festival in Houston this weekend (12/19-20) with Kendrick Lamar, New Order, Philip Glass, Janelle Monae, Death Grips and more; New Year's Eve in San Francisco with Thundercat and Clams Casino; and Austin's Levitation Festival in the spring. He also just added an intimate NYC show happening January 29 at Music Hall of WIlliamsburg, and it's an excellent double bill with Jon Hopkins.

The MHOW show is presented by the David Lynch Foundation, and all proceeds will benefit the foundation, a non-profit that "funds Transcendental Meditation (TM) programs for at-risk students; veterans with PTSD; women who are survivors of domestic violence; American Indians suffering from diabetes; the homeless and incarcerated. The Foundation also funds research on the effects of the TM on academic performance, ADHD, anxiety, depression, substance abuse, cardiovascular disease, post-traumatic stress and diabetes." Tickets go on sale Thursday (12/17) at noon.

All dates are listed, with some music, below...