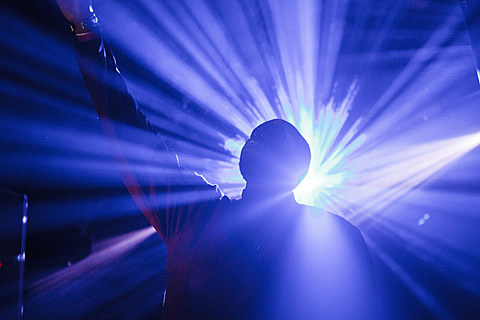 As mentioned, most of the shows in the upcoming Red Bull Music Academy NYC series went on sale today, but RBMA have just added another huge show to that list. Brainfeeder head Flying Lotus will be headlining Terminal 5 on May 5 with collaborator Thundercat (something those two have done before). Tickets for that show go on sale Friday (3/8) at noon.

And because the Brainfeeder crew can't come to NYC for just one show, they're also doing a Red Bull Music Academy-presented Brainfeeder Session at Music Hall of Williamsburg on April 30 with special guest DJ Low Down Loretta Brown (aka Erykah Badu). Knowing Brainfeeder, it wouldn't be surprising of other members of the crew show up to that too. Tickets for the MHOW show are on sale now.

In related news, FACT reports that Flying Lotus will be contributing to the new album by drum & bass legend Goldie, along with Burial and Photek.

In more Brainfeeder news, Lapalux, who has some impressive EPs out on the label, will release his debut full length, Nostalchic, on March 26. You can stream two tracks from that album, "Guuurl" and "Forlorn" (feat. Busdriver), below.

Those streams and a list of all Flying Lotus dates, including SXSW, below...