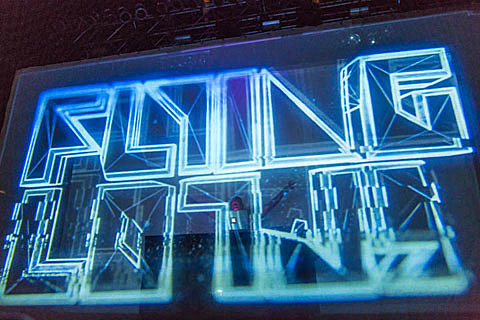 Flying Lotus wrapped up his NYC takeover on Wednesday with the Brainfeeder showcase at Villain. That showcase was headlined by The Gaslamp Killer, who was supporting his new album, Breatkthrough, and it also featured Martyn, Dorian Concept, Jeremiah Jae, Taylor McFerrin, and The Underachievers. FlyLo didn't play a set but he was in attendance and you can see him on stage with Gaslamp Killer, along with other pictures from the showcase, below.

The NYC takeover also featured a "Meet the Musician" event at Apple Store SoHo, a Boiler Room set, an appearance at Warp's booth at the Brooklyn Flea Record Fair, and a sold out headlining show at Terminal 5 on 10/7 with members of his Brainfeeder crew in tow (including opener Thundercat). Pics from the T5 show are in this post as well.

Flying Lotus will return to NYC during CMJ for a one-off at Le Poisson Rouge on October 17 with Death Grips, Ali Shaheed Muhammad, and Buke & Gase. That show is RSVPed out and we're not sure if they're taking any badges, but the show isn't listed on the CMJ schedule, so no promises.

With SBTRKT's show last night and FlyLo's show from Sunday, there's been no shortage of great electronic shows at Terminal 5 lately. Plus, shows coming up there include Major Lazer, Pictureplane, and Brenmar on 10/27 and Squarepusher, Bonobo, Holy Fuck, and Mount Kimbie on 11/1. More pics from FlyLo's T5 show and the Brainfeeder showcase at Villain are below. 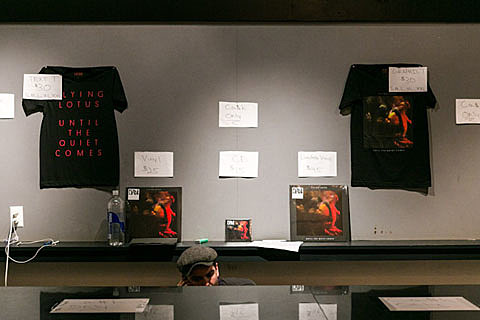 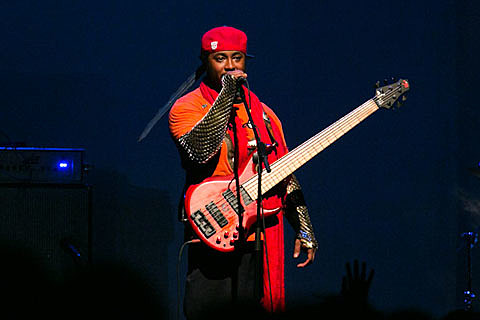 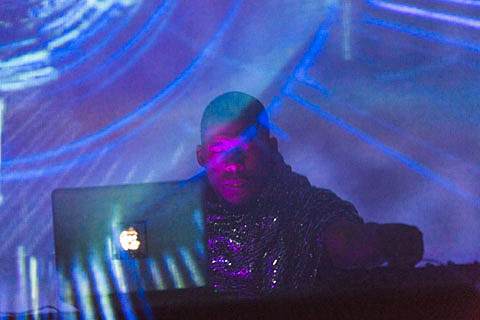 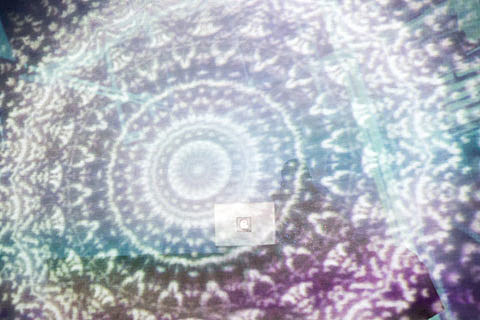 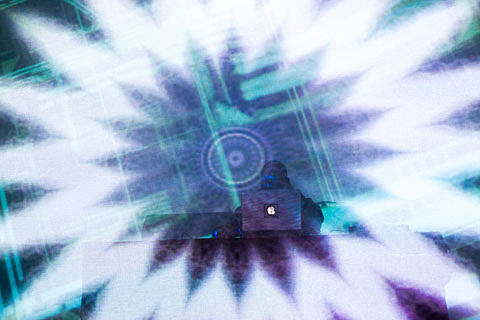 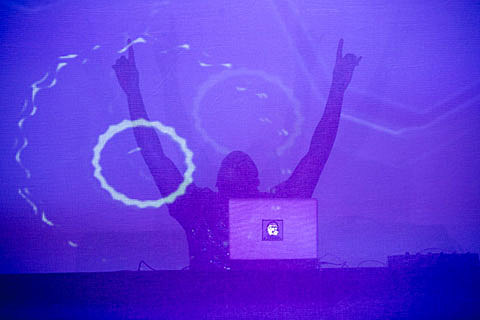 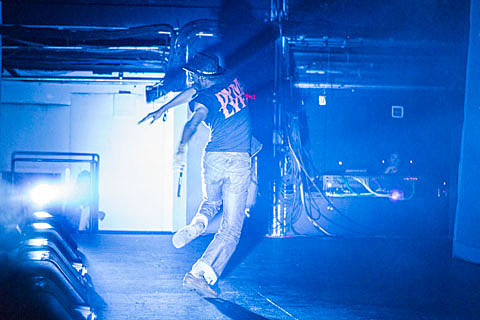 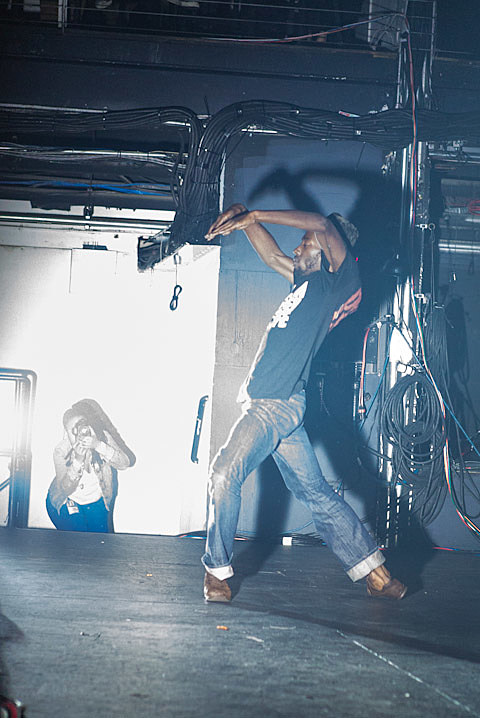 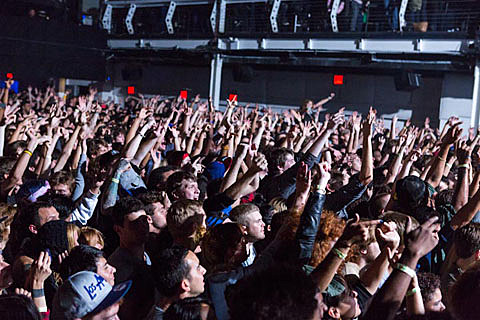 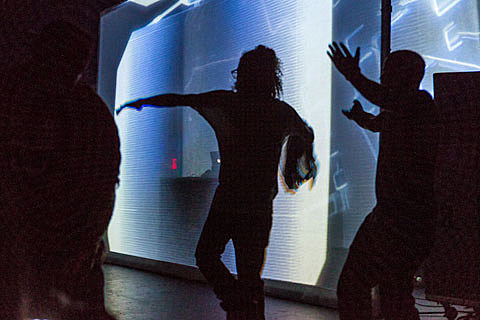 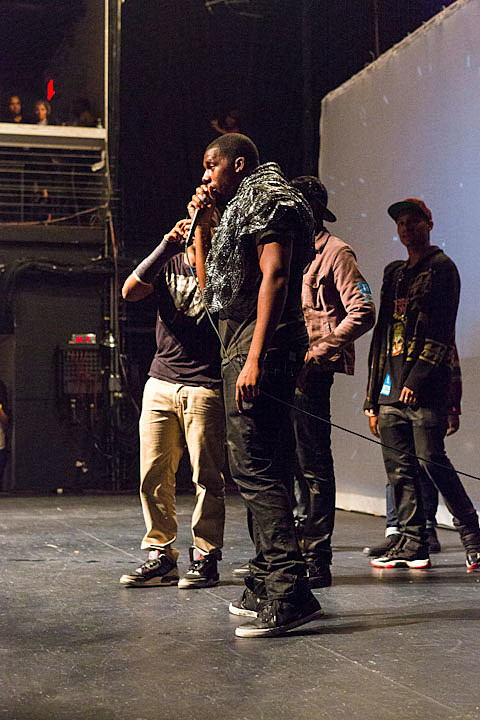 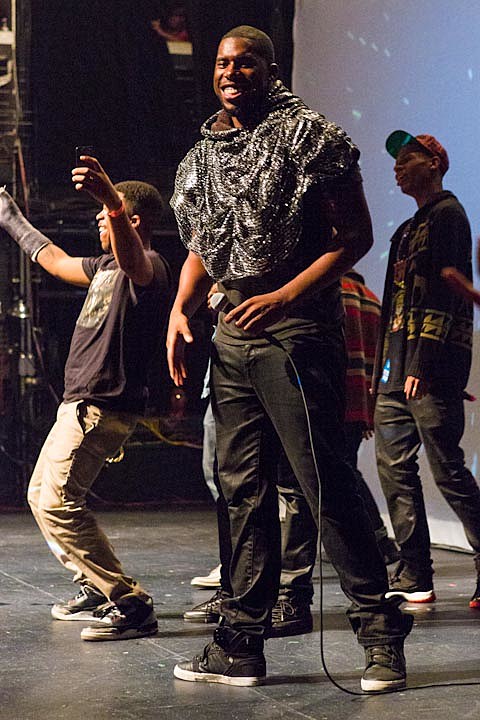 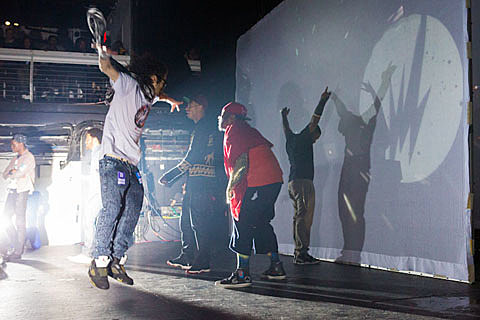 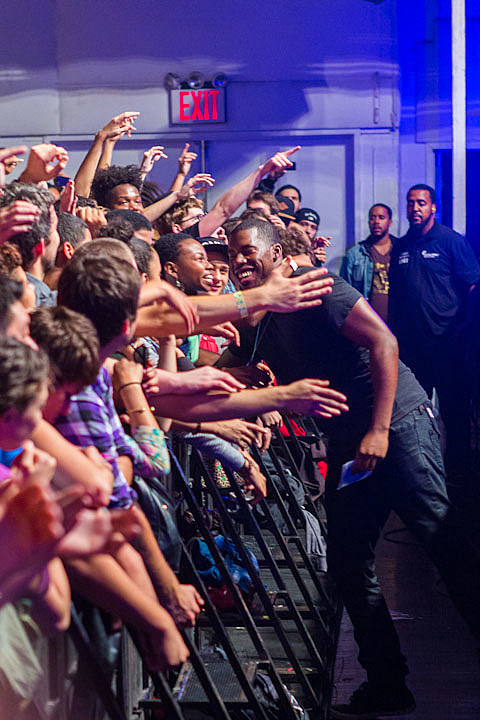 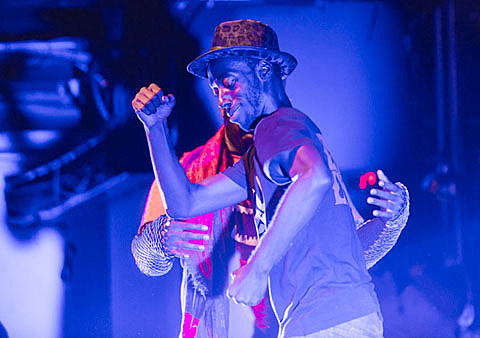 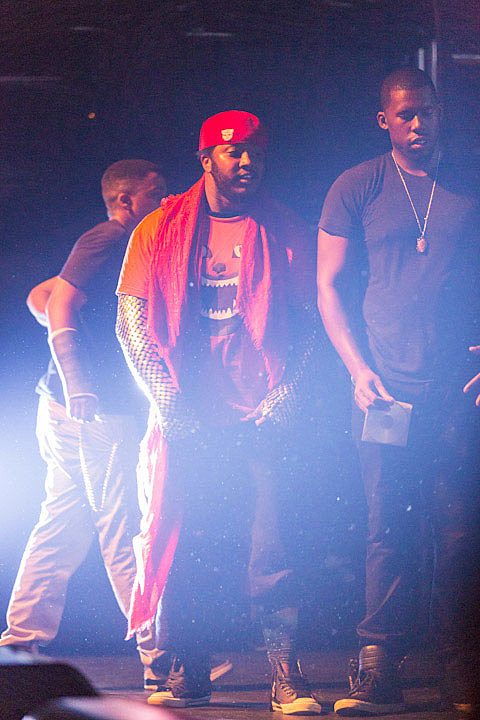 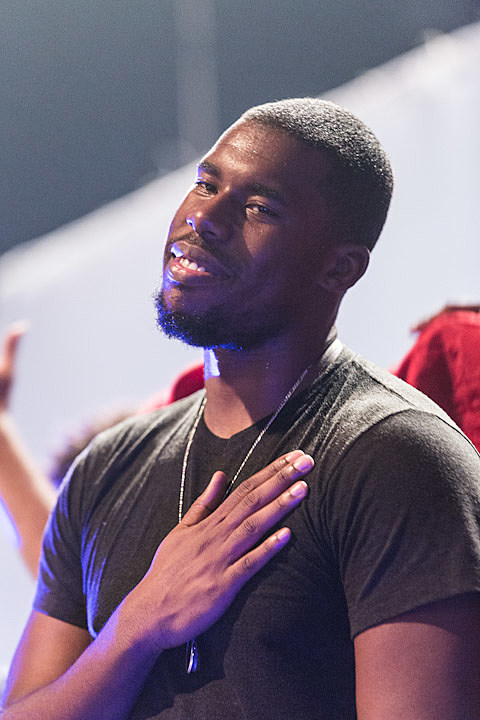 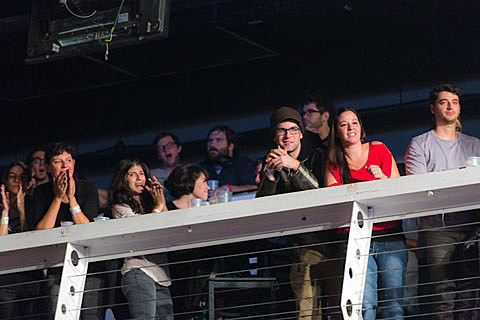 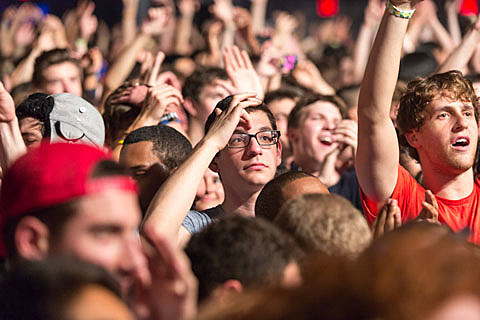 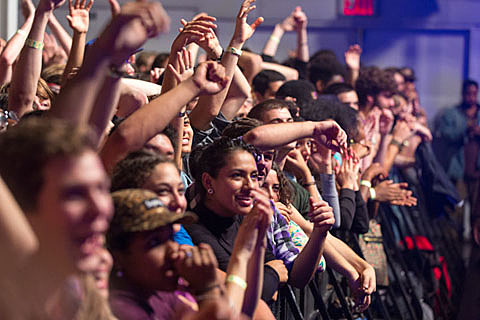 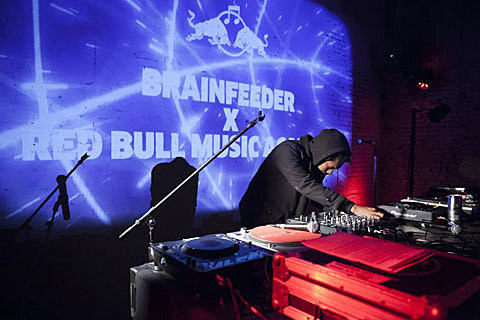 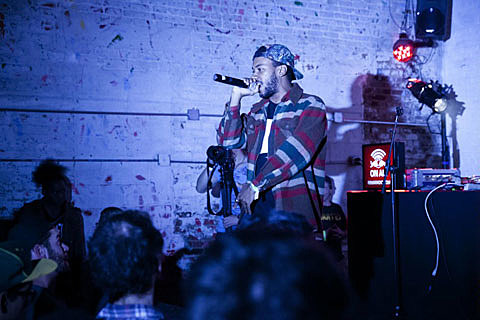 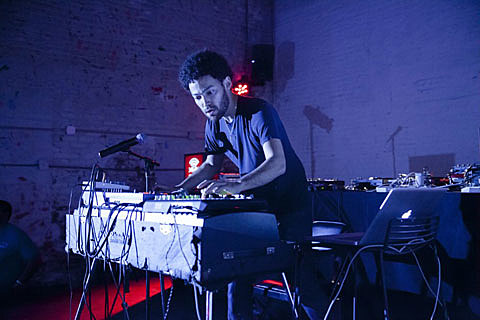 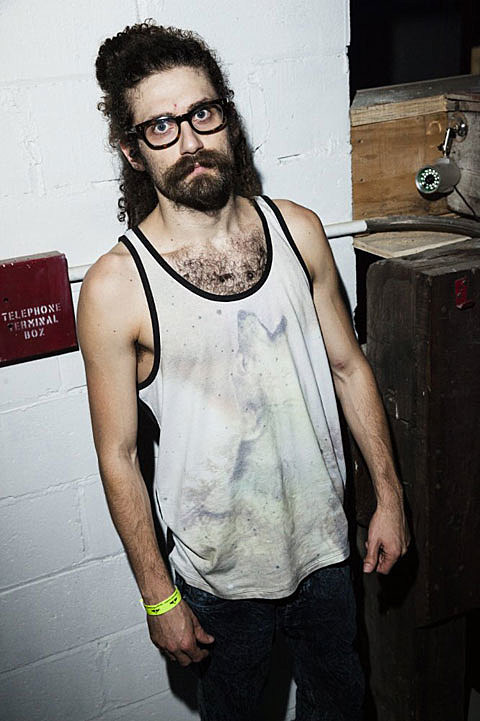 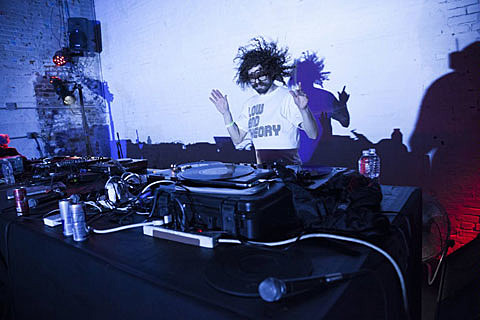 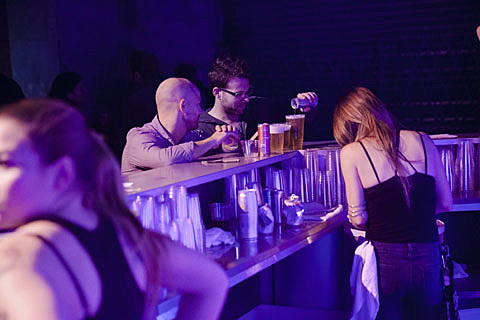 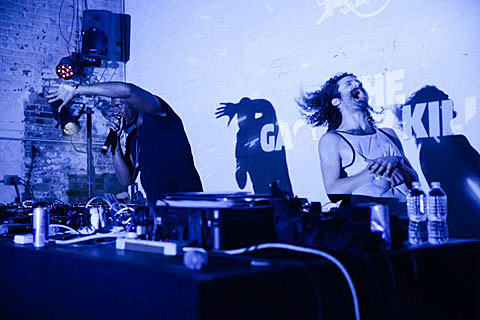 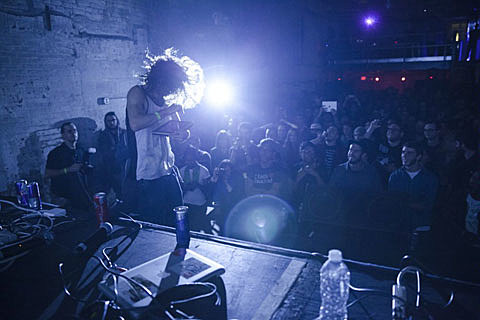 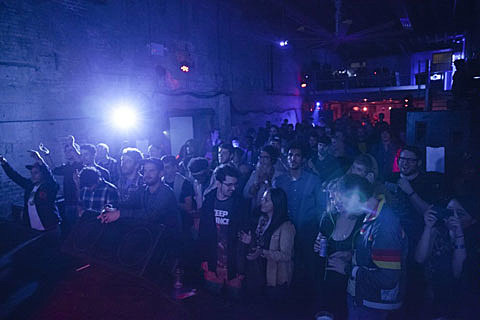