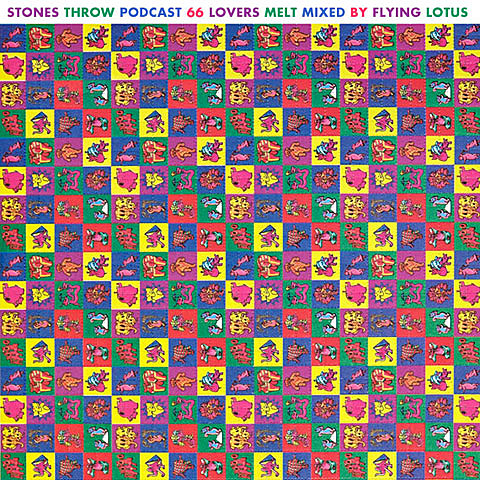 Electronic musician Flying Lotus--aka Steve Ellison--is no stranger to the world of Radiohead. Not only did Thom Yorke guest on the producer's critical-fave of last year, Cosmogramma, the Radiohead frontman took Ellison on tour as a guest of his then-touring side project Atoms For Peace. Flying Lotus' influence hangs heavy over the "free jazz, cut-n-paste" approach of Radiohead's most recent album The King of Limbs, and just last week, Yorke turned up at a club in downton LA to mix side-by-side with Ellison.

So it comes as little surprise to hear that Flying Lotus claims that he has been tapped to remix the King of Limbs, according to an interview in the Colorado Springs Independent:

Indy: [Thom Yorke] was also on your last album. Are there any more collaborations like that in the works?

FL: Not that I know of. They wanted me to remix the new Radiohead record, and I've been trying to mess with that a little bit. But I haven't gotten to it yet.

Indy: Tell us what that'll sound like when you're done with it?

FL: It's too early to say, man. I have no fucking clue. It's difficult to work with, because the pieces that they gave me, there's no real a cappella. It's like piano and voice at the same time.

Indy: So you can't separate them.

FL: No, I can't. So I have to come up with some shit that's a little similar to the record, I guess, to an extent.

While we wait for that, check out the latest free Stones Throw podcast, mixed by none other than Flying Lotus. Cover art above.

Flying Lotus's next live date is the Sasquach Festival, and in June he will headline a pair of Brainfeeder showcases (his label) in NYC. They take place at Bowery Ballroom on 6/20 and Music Hall of Williamsburg on 6/22 with appearances from labelmates Thundercat, Austin Peralta, Teebs, and Dr. Strangeloop. Tickets for both shows just went on sale

In related news, Gaslamp Killer and Matthewdavid, both of which have releases on Brainfeeder, will play a show together at Knitting Factory on 5/28 (tickets). A few days later, Matthewdavid will join Sun Araw Band at 285 Kent.

All tour dates, videos and songs, below...

Flying Lotus - Kill Your Co-Workers from Warp Records on Vimeo.