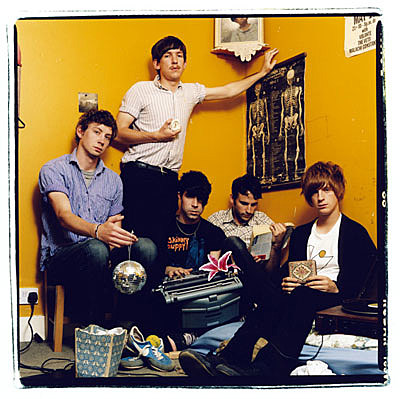 I walked away from CMJ this year really excited about a few bands. One of them was Santogold, and another was the high-energy UK band Foals. Their live show was tight, so I'm not surprised to see that their next NYC show is a headlining one at Bowery Ballroom on Feb 11, 2008. Tickets go on sale Friday.

TV On the Radio's David Sitek produced their new single "Balloons". The video, and all known tour dates, below...