The set I witnessed by Foals at Pianos on Saturday (Oct 20, 2007) was by far one of the highlights of my CMJ this year. The show was part of the free afternoon party I threw there, and seeing Foals back-to-back with the Maccabees made it even better.

Foals were also the first band of that day that really packed the room (probably partly because they were playing 2nd-to-last at a party that started at noon). And though obviously derivative of something or other (who isn't?), I now know that they don't just "sound like Bloc Party". They are awesome in their own way, and extremely tight. In fact, unlike their older recorded stuff, their live show didn't remind me that much of Bloc Party at all - except that both bands are British, are good, and might be classified as "dance punk".

Foals are a dance-punk band from Oxford. The five-piece group are known through extensive live playing around Great Britain for its mix of indie with elements from techno and math rock. [Wikipedia]

Are they signed to Sub Pop? Probably, but we'll have to wait to find out. Later that night Foals played with Le Loup, The Brunettes, and Band of Horses at Bowery Ballroom (it was the Sub Pop/Hardly Art showcase).

NME reviewed the Pianos show, and Leia Jospe was in the house to snap some photos - those are the ones you see in this post. More below.... 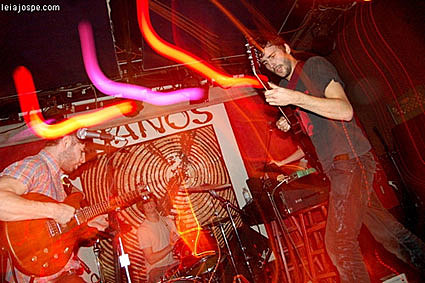 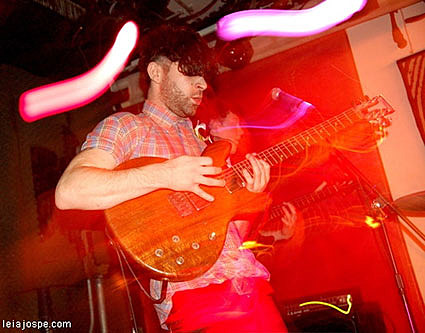 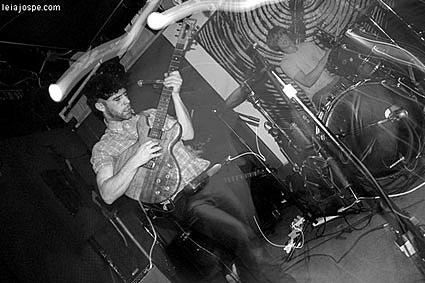 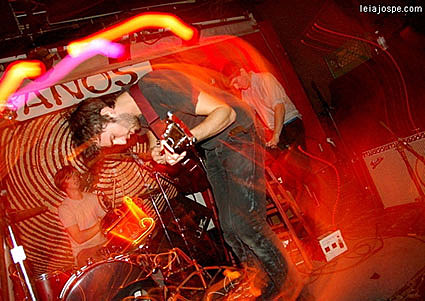 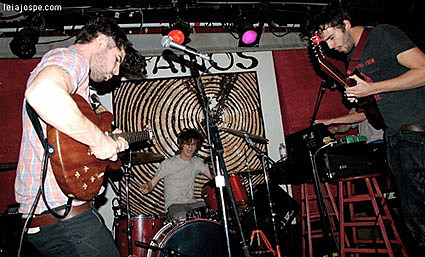 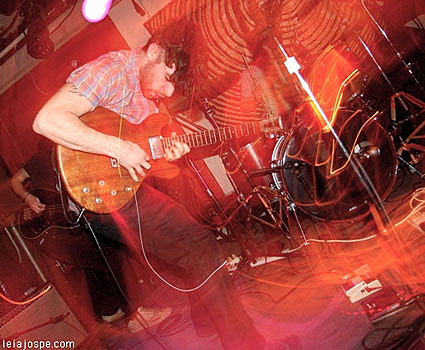 Leia has even more photos of the BrooklynVegan party up at her Flickr.