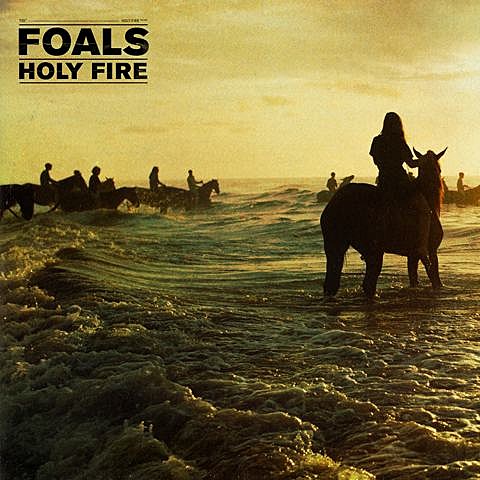 As mentioned, Foals' new album, Holy Fire, is out next week (Feb. 12) and that's the cover art above. A logical progression from 2010's excellent Total Life Forever, the new album finds the band going from widescreen to Cinemascope while remaining danceable. The band will be streaming Holy Fire on their website beginning at 3:30 PM today (2/7), where it will play through three times and then be gone.

Meanwhile, you can check out videos from the album's two singles, "Inhaler" and "My Number," below. Foals will also be playing Coachella this year, though no other North American dates have been announced yet.