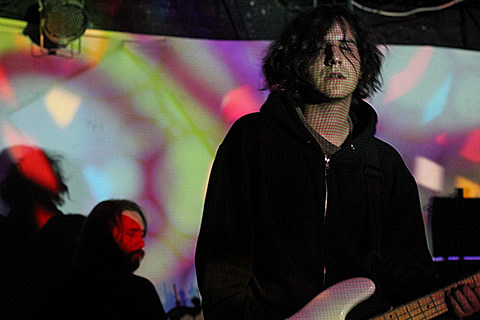 Chilean psych groups and Sacred Bones lablemates Follakzoid and The Holydrug Couple are on tour together and played two shows in NYC: Wednesday (3/20) at Death by Audio and Thursday (3/21) at Mercury Lounge. I was at DbA on Wednesday and enjoyed both bands: Follakzoid (that I kept wanting to call Folkazoid) were more in the Black Angels/Spacemen 3 style, relying heavily on drone and motorik groove. The Holydrug Couple, though, were a little more interesting to these ears, definitely more poppy and song-oriented, but also prone to Hendrix-style guitar freakouts. (Their album is quite good.) They also took Todd Rundgren's "Hello It's Me" into weirder territory than it's ever been before.

The Mercury Lounge show, which our photographer hit in time to catch Follakzoid, was notable for having old-school psychedelic visuals courtesy Drippy Eye Projections which definitely adds to the trippy vibe. An instagram of Drippy Eye at work, as well as more pictures of Follakzoid, below... 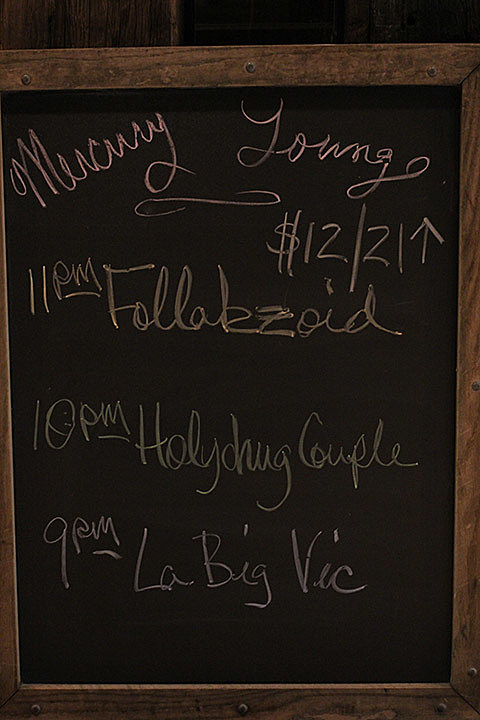 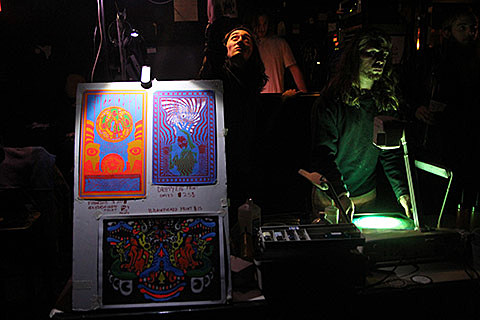 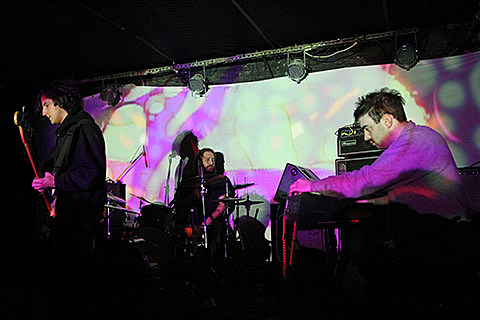 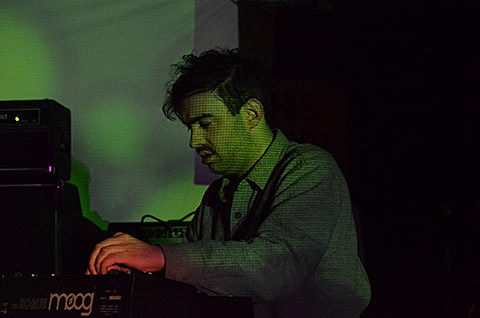 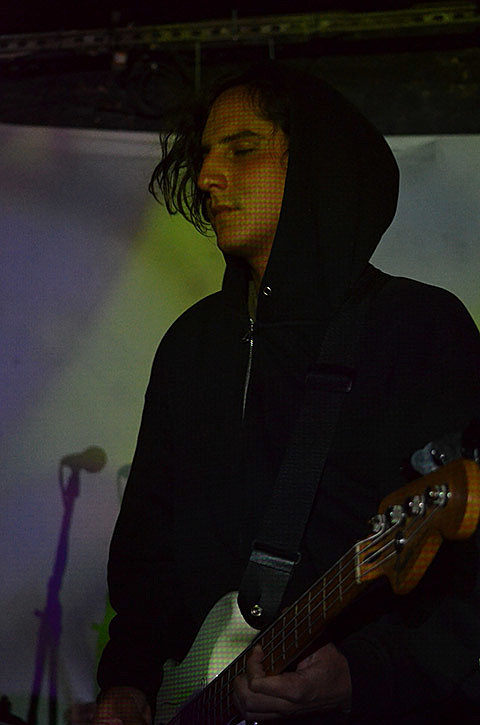 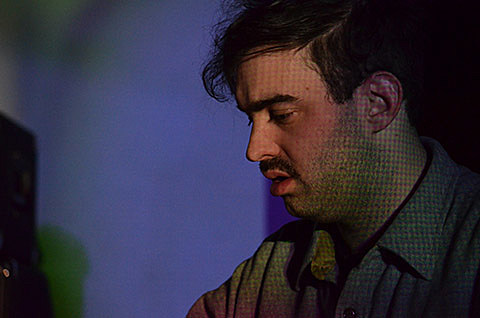 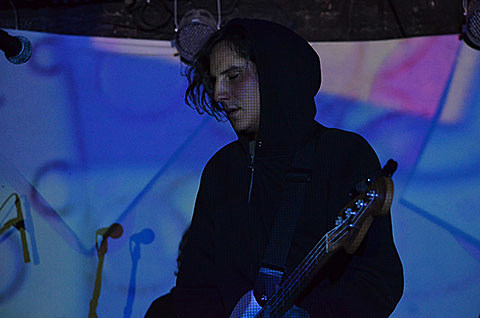 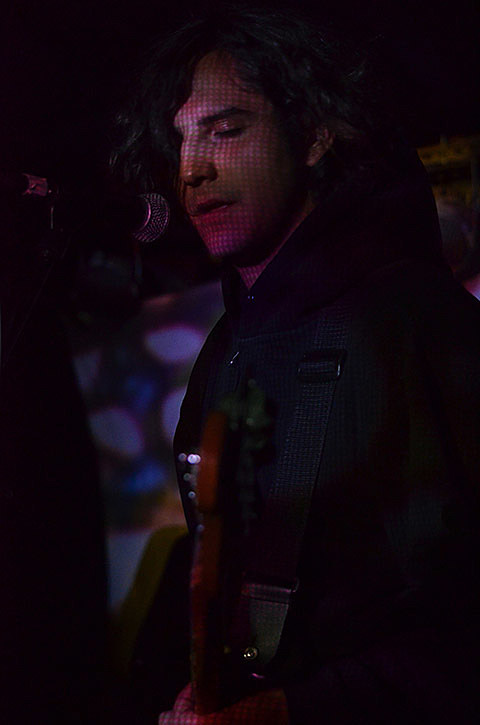 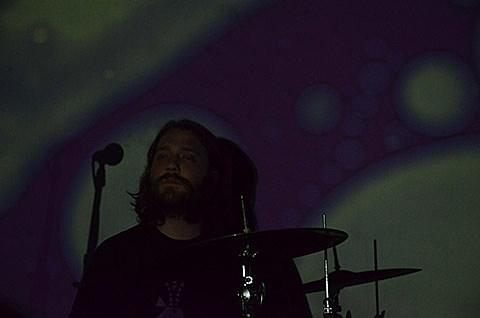 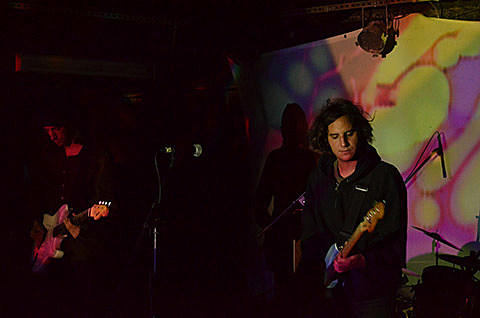 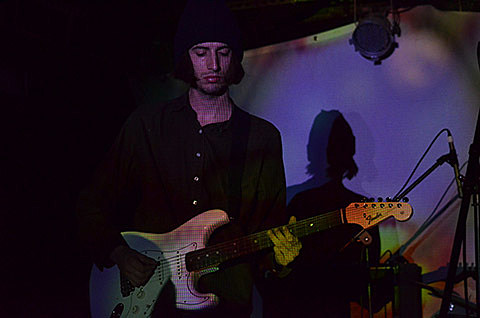 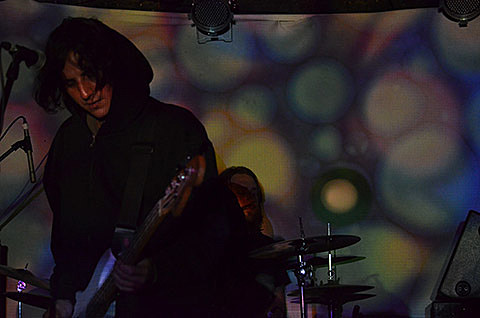 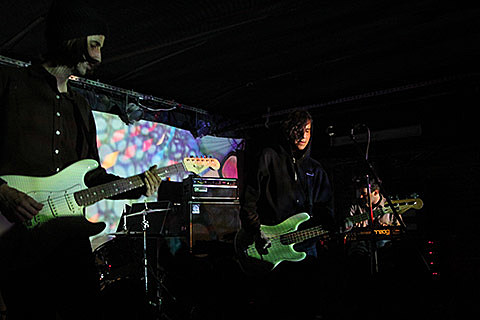 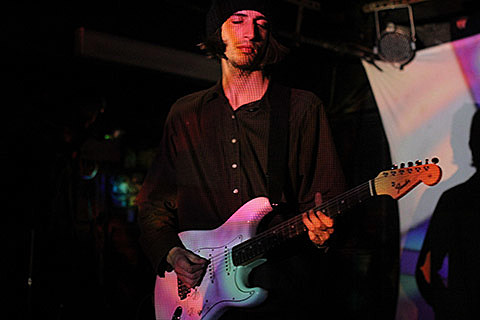 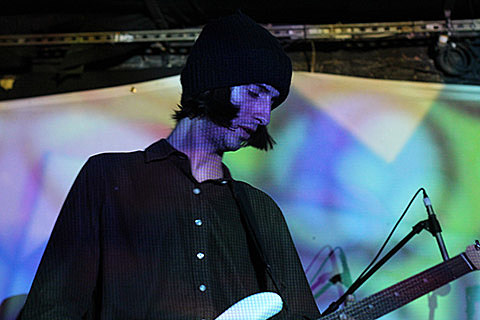 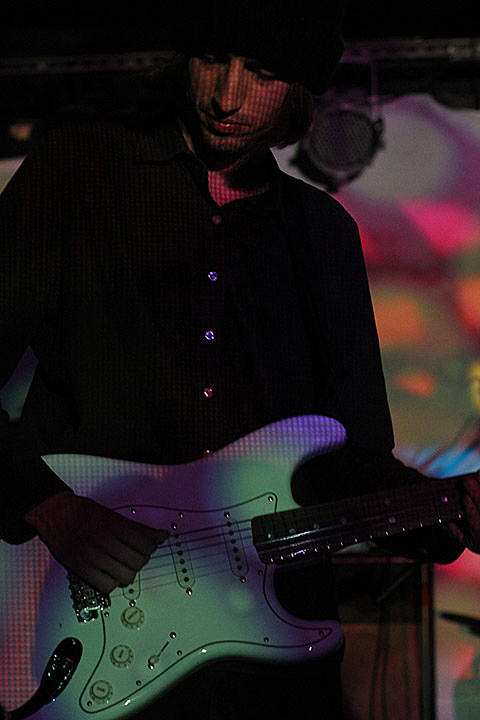 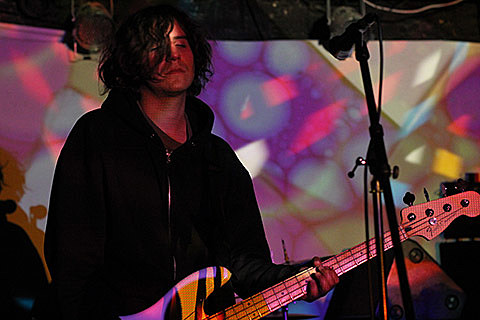 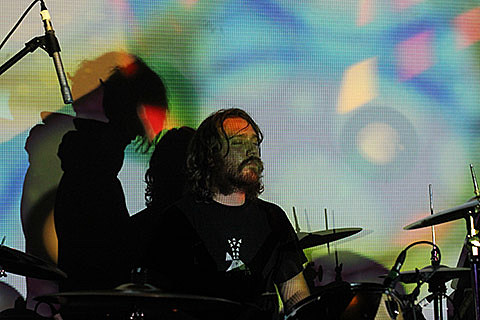 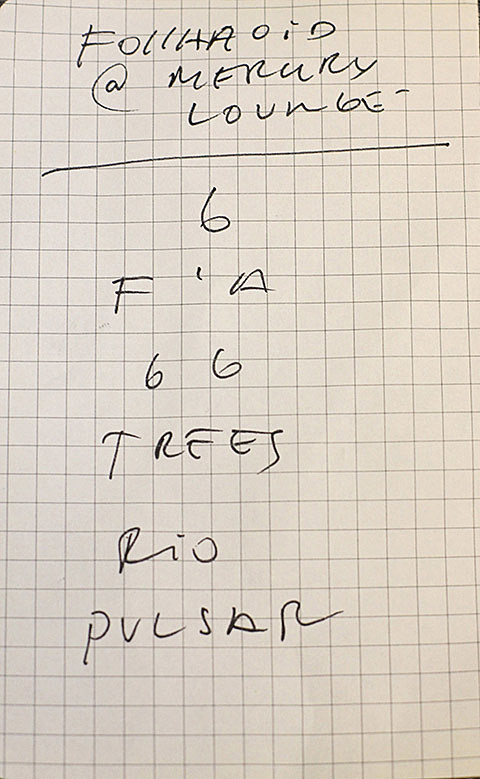 Drippy Eye at work at Mercury Lounge (via @MercuryLoungeNY Instagram) 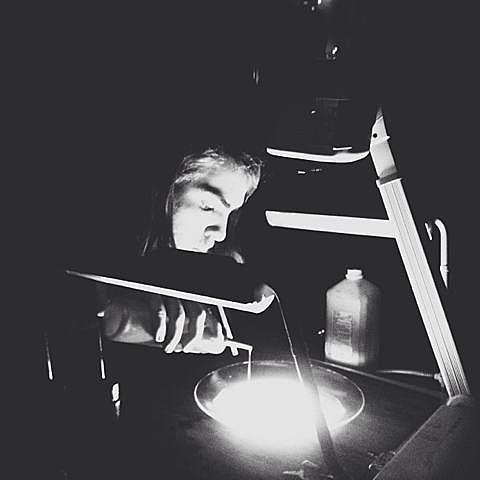