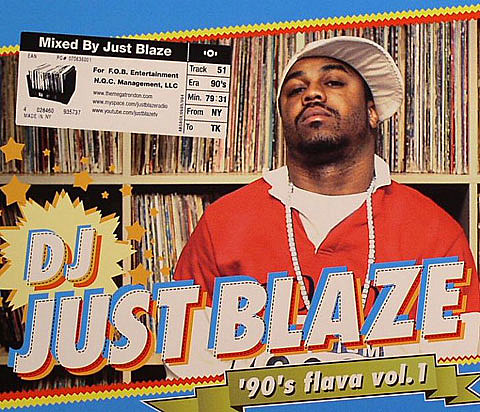 Fool's Gold Day Off is returning to the City Winery Backyard on September 5 (aka Labor Day) with Juicy J, Danny Brown, AraabMUZIK, Just Blaze, Brothers Macklovitch (A-Trak & Dave1), Cubic Zirconia, and more. The all ages event runs from 2-8 PM and admission is free.

Juicy J aka 1/2 of Three 6 Mafia also has other dates coming up, all of which are listed below.

As previously mentioned, AraabMUZIK also tours with and opens for SBTRKT at Bowery Ballroom (10/31). SBTRKT's show the next night (11/1) at MHOW in Brooklyn didn't have an opener, but now it does and it's Cubic Zirconia. Tickets for both of those shows are still on sale.

A show flier and a video from last year's Day Off and stuff, below...

Fool's Gold Day Off from Mr Goldbar on Vimeo.

Get there early, attendance is based on capacity.