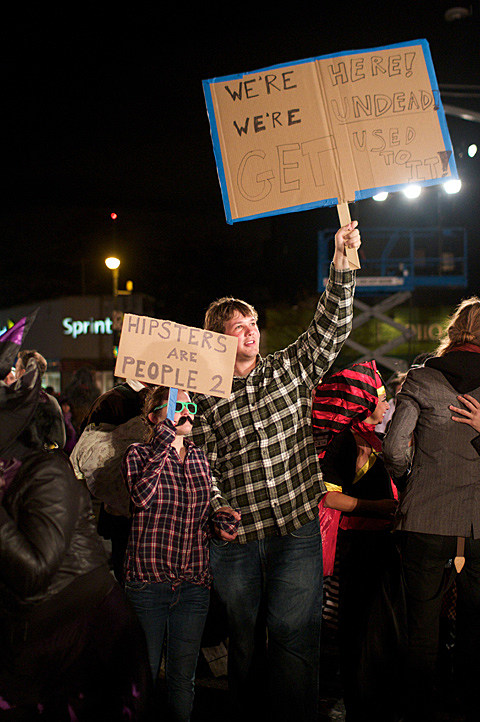 When you think of an outlet with its finger on the pulse of "what's next," it might not be Forbes Magazine. Nevertheless the rag has compiled its list of "hippest hipster neighborhoods" in the US, which lands Williamsburg Brooklyn at #3:

Just as interesting, and hardly surprising, is the magazine's comments on the changing face of Williamsburg:

Williamsburg may have spawned the hipster craze, but the neighborhood is evolving in a direction that's far less hospitable to the patchily employed, fedora-wearing crowd. "The more successful neighborhoods like Williamsburg become in attracting people, the real estate prices go up and a lot of the urban pioneers end up moving on," says David Morley, a research associate with the American Planning Association, a nonprofit educational group for community developers.

Real estate prices in the north Brooklyn neighborhood have been steadily rising...his firm reports that Williamsburg rents in July were 23% higher than a year ago ... [and] the mean rent for a studio apartment in Williamsburg was $200 higher than for a comparable (albeit smaller) apartment in Manhattan's Greenwich Village

There you have it folks. The Williamsbur hipster apocalypse according to Forbes.