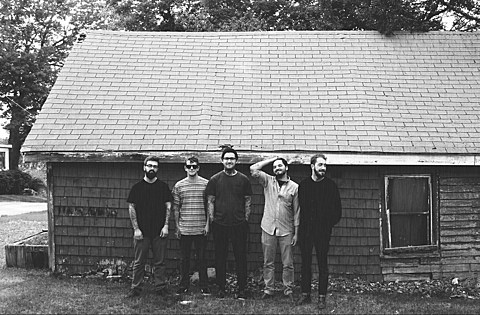 The reunited Felix Culpa released a split with newer band Foreign Tongues last month (August) on No Sleep (order yours), and now there's a video for one of Foreign Tongues' contributions, "Luxury," premiering in this post. Foreign Tongues singer Cameron Moretti sounds more than a little influenced by Conor Oberst, and though Foreign Tongues are a bit more polished than early Bright Eyes, their sad folky indie rock should appeal to fans of the Collection of Songs - Lifted era. You can check out the new video below.

Foreign Tongues also have a short Northeast tour coming up in October, which kicks off with the previously discussed FREE No Sleep CMJ Showcase (co-presented by BrooklynVegan) happening on October 21 at The Paper Box (17 Meadow St in Brooklyn) with John Nolan, Run Forever, Xerxes, Rescuer, Aviator, Maps For Travelers, The Felix Culpa and more. After that, they'll hit Cambridge, Hamden, CT and Philly. All dates are listed below.