The stadium / old Who ticket stub 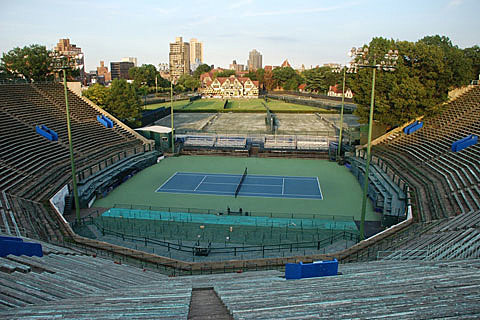 After decades of languishing in obscurity and disrepair, one of the most famous sports and concert sites in New York will again reverberate with the sound of live music.

Since the late 1980s, the stadium has deteriorated.
The Forest Hills Tennis Stadium in Queens, which opened in 1923 and has played host to Jimmy Connors and John Lennon, sits next to an expanse of grass and clay tennis courts at the West Side Tennis Club, the stadium's owner. Club officials and a promoter have an agreement to hold 19 concerts over the next three years.

The stadium is still in shoddy condition, and after an accelerated renovation to make it ready, one concert is planned there this summer -- an Aug. 28 show by Mumford & Sons -- followed by six in each of the next three summers. - [NY Times]

As quoted above, Forest Hills Tennis Stadium in Queens will host music again for the first time in decades this year. Promoters are treading lightly with just the one, gentle show this year. The venue's neighbors in the exclusive Forest Hills Gardens community still need convincing the concerts won't be a nuisance, which is why they stopped having shows there in the '80s. "This stadium has a great history and we'd like to see classy events," said club president Roland Meier in the Times. "If we pull off the first event the right way, we can show people this is going to be well done. With every concert, more money goes into the stadium. Basically this finances the upgrading of the stadium and the club gets more money."

The NY Times reports that the stadium is still in disrepair but will be ready in time for Mumford & Sons in August. No word on tickets for the Mumford show yet but you can register for their presale now.

In related news, you may remember that Mumford bassist Ted Dwayne had to have emergency surgery to remove a blood clot on his brain which caused them to cancel a few of their dates, including Bonnaroo. But Dwayne is on the mend and the band have announced rescheduled tour dates. Those are listed, along with an old Forest Hills Stadium flyer, below. 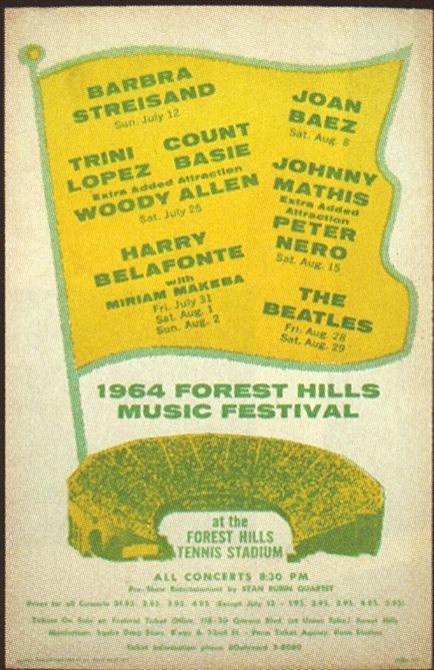 *supporting acts to be announced