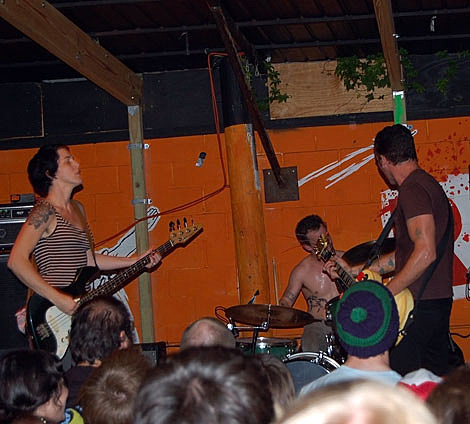 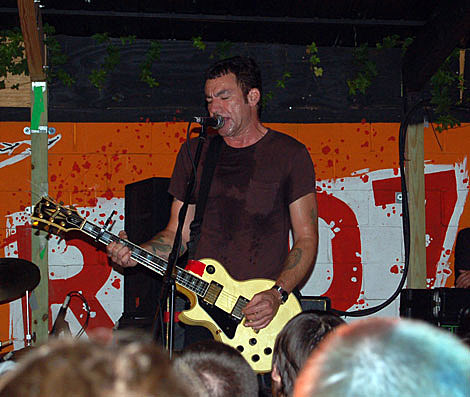 forgetters, the newish trio fronted by Jawbreaker's Blake Schwarzenbach (a punk rock poet and a scholar), have scheduled a short tour down the East Coast that kicks off with a Brooklyn show at Market Hotel on Friday, December 11th with Humanbeast and Chastity Wig.

forgetters made an appearance at Fun Fun Fun Fest in Austin this year. Actually they played one of the fest's official afterparties at Red 7 on Sunday, November 8th. The two pictures here are from that stelllar and surprisingly tight show where Blake introduced and closed the set by reminding the Texas crowd that they were "forgetters from Brooklyn, NY". Two weeks earlier the group played one of their only other shows ever, an in-store at NYC's Generation Record (10/25). A video from the in-store show and all tour dates below...