Forgetters at Knitting Factory in 2010 (more by Andrew St. Clair) 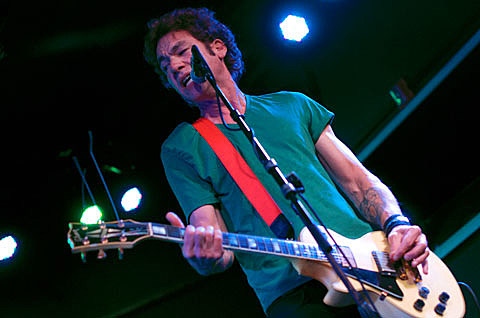 As mentioned, Brooklyn's Brain Cave Festival is returning this year and it begins TONIGHT (4/11), continuing through Sunday (4/14). Most shows happen at Europa, and there's also a free day show on Saturday at the Greenpointers.com Market. When we first posted the lineup, there was a "Surprise Special Guest TBA" listed for Saturday's show, and we've since learned that it's Forgetters, the currently project of Jawbreaker/Jets to Brazil frontman Blake Schwarzenbach, who released their self titled album in late 2012.

The Forgetters show is with Monogold, Clouder, and Quiet Loudly. Other bands playing other days of the festival include Peelander-Z, The Suzan, Eula, Cat Martino, Lemonade, and more. Tickets for individual nights and 4-day passes are still available. Updated lineup below.

Forgetters are also playing a Record Store Day (4/20) in-store at Generation Records with Swearin' (who have other local shows with Shellshag coming up), Doug Gillard (Guided by Voices, Nada Surf), and Livids (whose lineup includes New Bomb Turks singer Eric Davidson, and who just opened for The Hives). Blake Schwarzenbach will be DJing, along with Tom Scharpling and others.

Meanwhile, in other Brain Cave Festival related news, Lemonade have been added as an opener to the previously discussed John Talabot tour, including his NYC show on May 28 at Music Hall of Williamsburg with FIXED DJs JDH & Dave P. Tickets for that show are still available.

All Lemonade dates are listed, along with the updated Brain Cave lineup, below... 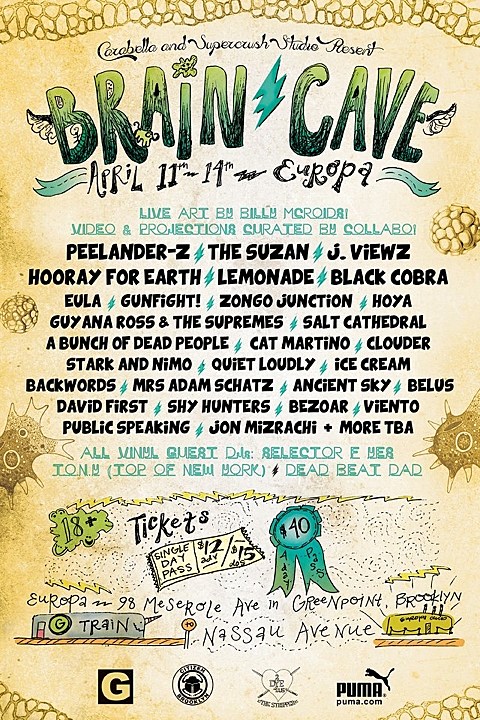