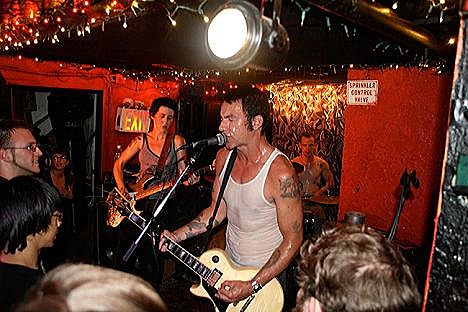 "forgetters were the reason for the season for me. Seven songs in just under a half-hour, with no retreads from the Thorns material. They all sounded like fast Blake Schwarzenbach songs, so if you've liked any of his musical projects, you will not find forgetters to be a drastic departure. I recorded the show. If you'd like it, and you're not going to sell it or otherwise rankle them, e-mail me and I'll send you a link. forgetters actually have a collective web presence, so keep track of their upcoming shows (and Blake's political leanings) here." [Jaded Scenester]

forgetters (aka Blake Schwarzenbach's new project with Caroline Paquita. from Bitchin' & Kevin Mahon who used to drum in Against Me!) and The Bomb have scheduled an in-store appearance during the day at NYC's Generation Records on Sunday, 10/25. The show starts at 1PM and is FREE, while space is available. Videos from the Lit show below.

The show is one of two NYC shows for Chicago's The Bomb, who are also scheduled to play Europa on 10/24 with Used Kids & Basement Black. The Bomb is currently touring off of their new LP, Speed is Everything , which is out NOW via No Idea Records.

In semi-related news, the previously mentioned Iron Age day show at Generation Records is cancelled. Iron Age IS scheduled to make a pair of appearances in NYC though, including at Cake Shop on 10/16 with Mother of Mercy, War Hungry, and Thriller and at The Charleston on 10/17 with a killer diverse bill of Naam, The Banner, Brain Killer , Descender, and Dustheads. Flyer for The Charleston is below.

Naam was recently added to the FREE BrooklynVegan-BBG day party at Fontana's on 10/23.

Descender recently released their S/T EP for FREE download. Get that here, and get out to see them support Iron Age and/OR with Raise The Red Lantern/God's Revolver at Lit Lounge on 10/19.

Full tour dates for The Bomb, the Iron Age flyer and forgetters videos, below... 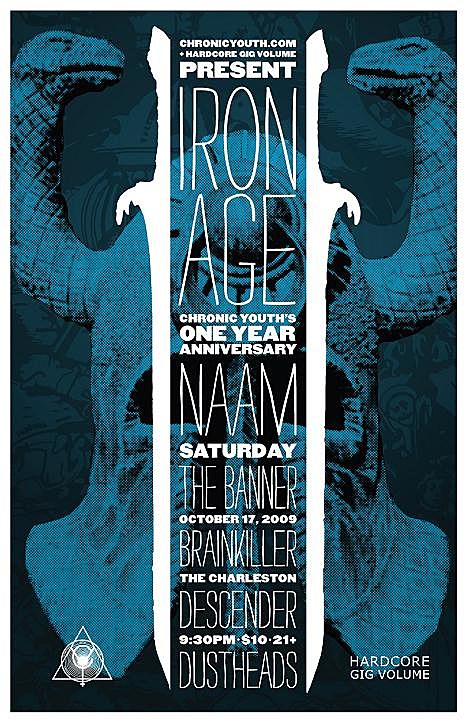