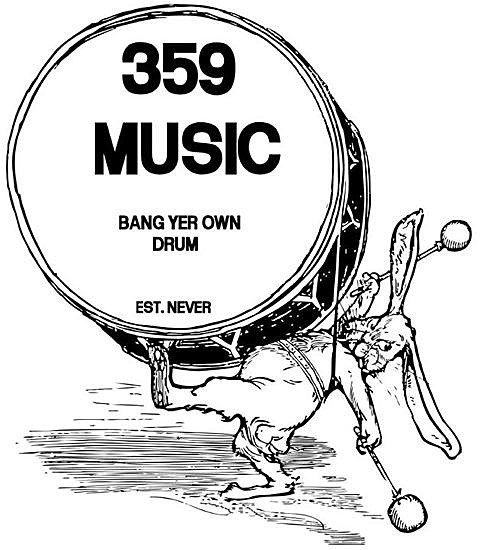 From 1983-1999, Alan McGee ran Creation Records which began life releasing obscure indie bands (like his own group Biff Bang Pow) but became a major force in the shoegaze/Britpop era thanks to bands like My Bloody Valentine, Ride, Oasis, and Super Furry Animals. When that label ran its course, McGee started Poptones, a much-smaller scale label that was home to Cosmic Rough Riders, Oranger, Ping Pong Bitches and others. Anyone remember Poptones nights McGee used to do at Don Hill's in 2001?

Poptones ceased operations in 2007 and McGee has been quiet since. Till now. He's just announced a new label, 359 Music. Allan fills us in via press release:

Recently I found myself reinvigorated by new music again after being 5 years away from music living in rural Wales, and from which there has been much talk about how I will return to music. As recently talked about in the press, my original plan was to do a deal with major label backing in Japan. But when it came down to it I realised that I didn't want to come back to music through a major music label - that's not what I want to be part of. That's when I had a chat with Iain McNay from Cherry Red and we quite quickly put our heads together and developed between us a much better deal for 359 Music which will be a joint venture with Cherry Red...

...My vision for 359 Music is a launch pad for new talent and some ignored older talent. We intend to release on average a dozen new bands per year every year - maybe more if I find a lot of new talent I like. Hopefully some of the artists will stick around and make numerous albums with 359 but some will go on to other things and that is just nature of the musical beast.

Among the first signings at 359 are Liverpool singer-songwriter Chris Grant; 15-year-old folksinger John Lennon McCullagh (it's really his name); promising UK/French electronic act Mineral (not to be confused with the '90s emo band, this one features Craig Walker from early-'90s act Power of Dreams); and Gun Club Cemetery which is the new band from Alex Lowe who was the singer for Hurricane #1 (the band Andy Bell started when Ride broke up). You can stream a track from each of them below.