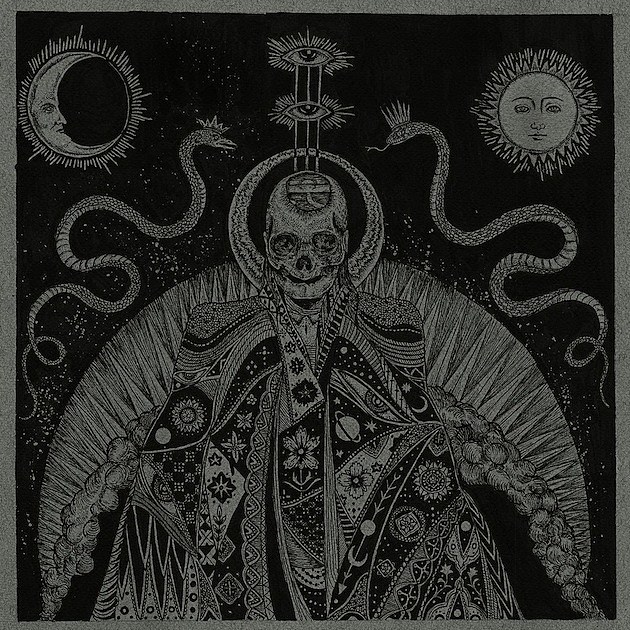 Boston's Fórn just released a new track from their forthcoming EP The Departure of Consciousness titled "Dweller on the Threshold," and it's a sludge-caked doom monster. Punishingly heavy, here's what we had to say about it over at Invisible Oranges:

"Dweller on the Threshold," the opening track (not counting an ambient intro) of Fórn's forthcoming EP The Departure of Consciousness, is a bit of a knock-down, drag-it-out bruiser. The sparse, punishing drums; the fuzzed-out big-riff brutality; the throaty, palpably disgusted, up-in-front vocals; the menacing anticipatory build; the insanity of the deathed-out blast release: these give "Dweller on the Threshold" a threatening, gruff quality. It's a killer opening track statement. While "Dweller of the Threshold" drags you through viscous sludge out back to the alley, though, note the rich, at times absorbing melancholic atmosphere...

...The push and pull and knowing when to hit the jets makes for a really well conceived and, despite the pulsating gruffness of the track, polished song. Special mention has to go to the killer vocals--the throaty belch is mile-deep, and the hysterical shriek that comes in when shit hits the fan is gold.

Look for the album on Vendetta Records later this summer -- it's going to be a goodie.

Fórn is playing some West Coast dates which you can check out below, but, sadly, don't have much on the East Coast outside the New England region. They play Providence, RI with Sin of Angels and Lycus on June 29, and are also playing with the Thou & The Body in Worcester, MA on July 7 with Rozamov.

The Thou/The Body tour, though, does hit NYC on July 5 with a matinee at ABC No Rio. Then that night they'll play Bushwick's Palisades with Ghastly City Sleep, and Pygmy Lush. Tickets for the previously unannounced Palisades show are on sale now.

All Forn and Thou/The Body tour dates are listed, along with the song stream, below...