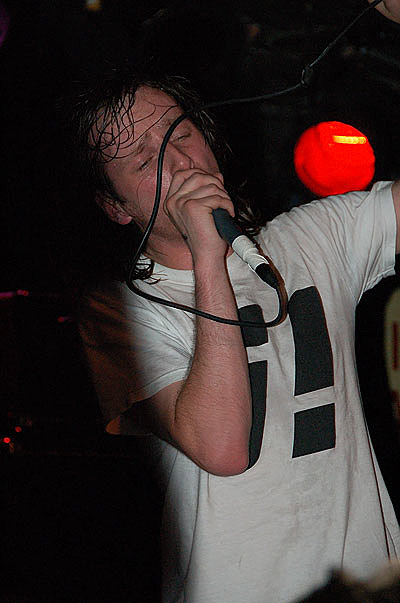 !Forward, Russia! played their first NYC show at Mercury Lounge last night, June 14, 2006. Great show. Enthusiastic Crowd. Afterwards the whole band went and hung out at Fat Baby even though they had a plane to catch at 9 am Thursday morning - to San Francisco. Expect them back in September - around the time their album is released here on Mute Records.

Getting to this show on time after seeing Arctic Monkeys @ Roseland worked out almost perfectly.