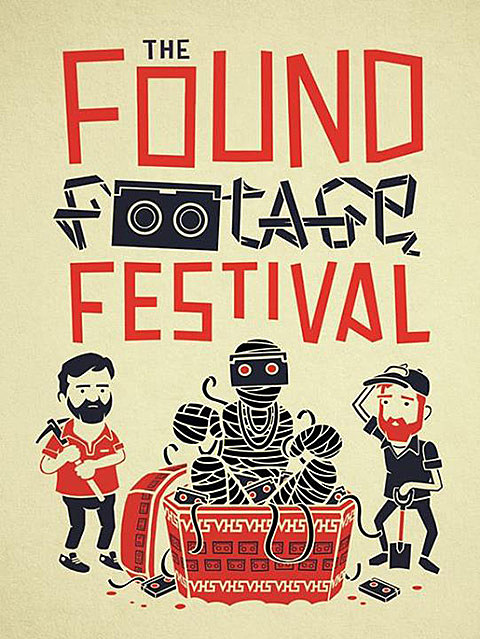 Ceaselessly combing through garage sales and thrift shops for weird VHS tapes from heyday of home video just so they can show the weirdest, funny bits to the public, The Found Footage Festival (aka Nick Prueher and Joe Pickett) are celebrating 10 years of service in 2014. And with that comes a 10th Anniversary tour, filled with new clips and classic favorites. The tour will be in the NYC area this month for three shows: April 25 at BAMcinématek (tickets), April 26 at Anthology Film Archives (where their first ever show was) for two performances (tickets), and April 27 at Alamo Drafthouse Yonkers (tickets). You can watch a trailer for the 2014 show below.

It's appropriate we're posting about this on April 1, as the Found Footage guys were responsible for one of the best, recent media pranks this side of The Yes Men. Prueher posed as a fictional TV chef named Chef Keith who was promoting his (nonexistent) cookbook Leftovers Right and managed to get himself booked onto five local morning news shows in the Midwest. When asked to describe his unorthodox cooking methods, he answers, "Are you familiar with GG Alin?" Watch the very funny highlight reel of his appearances, below.

Found Footage shows are always a lot of fun -- I've been to a bunch over the years -- and are highly recommended. All Found Footage Festival dates are listed, along with video clips, below...