DOWNLOAD: Fountains of Wayne "Song Of The Passaic" (MP3) 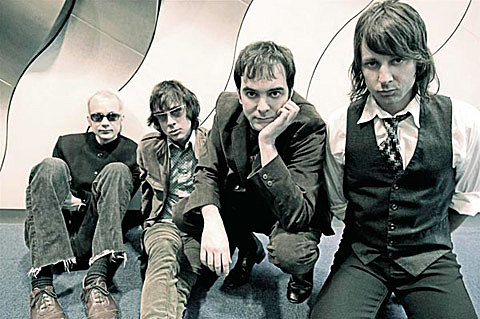 Fountains Of Wayne's new album, Sky Full Of Holes, will be released in the US on August 2 by Yep Roc Records, and by Warner Music in Japan (other international release dates coming soon).

Recorded in New York City, Sky Full Of Holes features 13 new songs written and produced by Chris Collingwood and Adam Schlesinger. The album was mixed by John Holbrook, who also worked on Welcome Interstate Managers and Traffic And Weather.

Fountains of Wayne will celebrate the release of their 5th LP with five tri-state area shows surrounding the release date:

Those are also their only announced North American dates at the moment, but they "will tour extensively in support of the new album beginning this summer."

And speaking of the band named after a place in NJ who are playing NJ, download "Song Of The Passaic" above. The track off the new Fountains of Wayne album from a project they recorded for NPR last year is in fact a tribute New Jersey's Passaic River. Throw it on a mixtape with some Titus Andronicus, Yo La Tengo and the Wrens.

Those dates again and some videos below...

--
Fountains of Wayne - Someone To Love