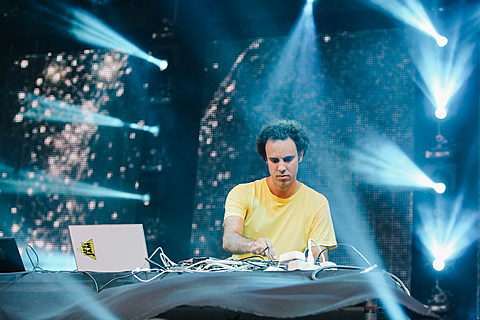 Four Tet already released a new album this year and he's staying prolific. In the past week, he's released a remix of CHVRCHES' "Leave A Trace," a new track called "Digital Arpeggios" under his Percussions moniker, and a stream of his full set at this year's Dekmantel Festival. Listen to all of that below.

He'll also be doing a lot of touring, including a lot of European dates and a few US shows mixed in. One of those US shows is in NYC on December 2 at Output. Tickets are on sale now.