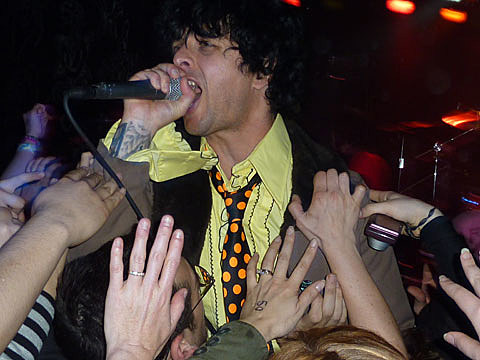 After appearing at their Broadway musical on Thursday, the members of Green Day played a pair of NYC shows as Foxboro Hot Tubs, their garage rock side-project, at Don Hills (April 23rd) and Bowery Electric (last night, April 25th).

At Don Hills, the band played a set of their Foxboro Hot Tubs songs, including a new one called "It's Fuck Time." They also did Green Day songs "Blood, Sex and Booze" and "St. Jimmy," and covers that included "I Fought the Law" and "A Quick One While He's Away."

Bowery Electric hosts a "secret" show with Devotchka on Tuesday.

Videos from the shows and a set list are below... 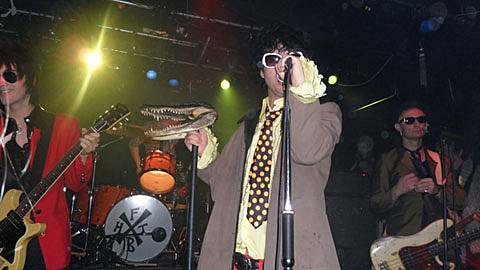 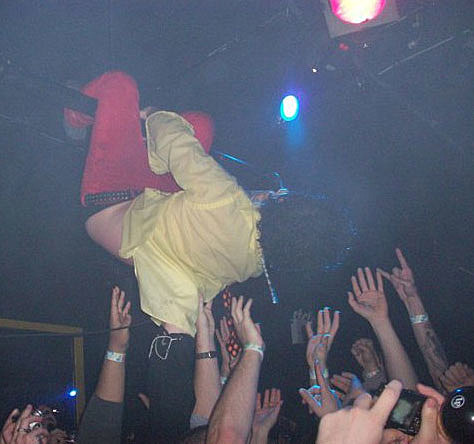 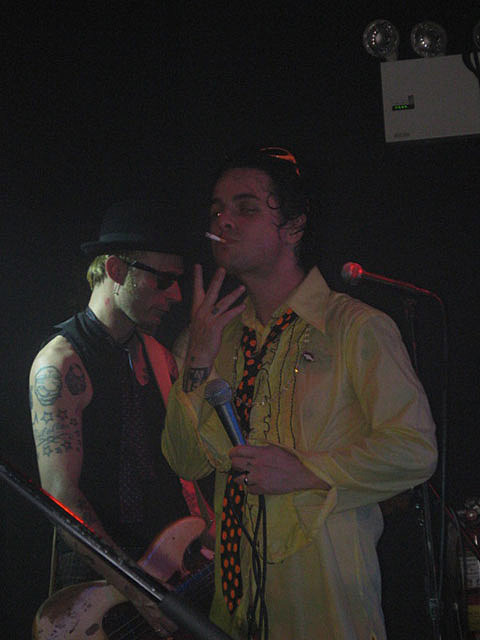