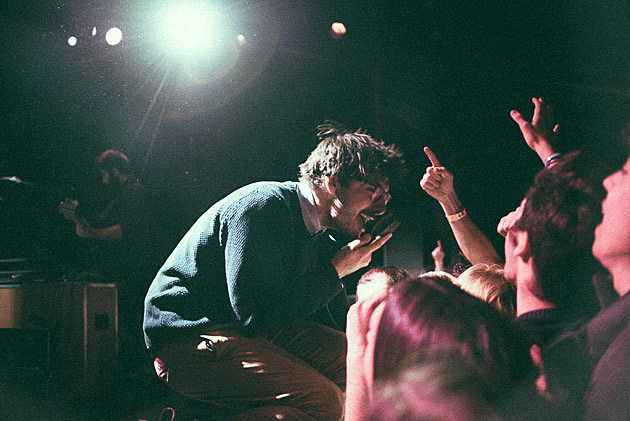 Foxing will continue to support Dealer (one of our favorite albums of 2015) on a headlining tour his year. Support on the first leg comes from post-rock vets Lymbyc Systym, singer/songwriter Tancred (aka Now, Now guitarist Jess Abbott), and Adjy. The second leg has O'Brother instead of Lymbyc Systym.

The first leg is the one that hits NYC, on March 13 at Bowery Ballroom. Tickets for that show go on sale Wednesday (1/20) at noon.

After the tour ends, Foxing play Shaky Knees Festival with Florence + the Machine, My Morning Jacket, Jane's Addiction, At the Drive-In, and more. All dates are listed, with some music, below...