photo: Foxing at Bowery Ballroom in 2015 (more by Mimi Hong) 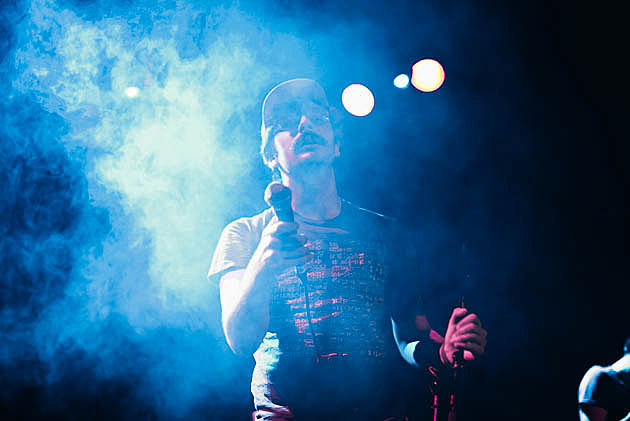 During the writing and demoing sessions for last year's great Dealer, Foxing filmed themselves playing some of the then-unreleased material in a cabin in Vermont. The video of them doing "The Magdalene" during those sessions is now here, and it's a nice glimpse into the power these guys have as performers as well as songwriters. Check it out below.

As recently mentioned, Foxing are going on tour with Lymbyc Systym, Tancred and Adjy this year. That tour hits NYC on March 13 at Bowery Ballroom. Tickets for that show (and the whole tour) are on sale now. All dates are listed below.