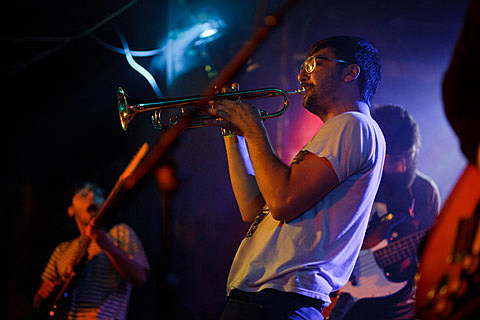 Foxing recently wrapped up their tour with Modern Baseball and others in NYC with two shows here. On stage at their MHOW show, they said they were done touring for a while, but they've since clarified, "We said we were done touring for a while--and that's still true, basically we are.. However, we are playing a show in Brooklyn next month." That Brooklyn show is free and happens January 23 at Brooklyn Night Bazaar with the great Everyone Everywhere (who also seem to be mostly playing one-offs lately), What Moon Things and The Sea Life.

Foxing also recently tweeted that they were working on new songs at their recent tourmates Brand New's studio in Long Island, but that it will still be a while until we hear them. Patiently waiting!

Meanwhile, browse Foxing's year-end list here and check out a live video below...