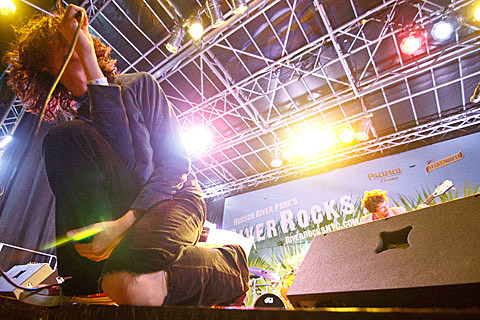 As Foxygen said goodnight to the Pier 84 crowd on Thursday (7/25), Jonathan Rado said, "Don't believe everything you read on the internet." In a year for the band that has had more than a few ups and downs, it was still probably a very weird day for Foxygen as, the day before, former touring member Elizabeth Frey (who is dating singer Sam France) had written a lengthy Tumblr post about her time in the band, alleging tensions and turmoil between Rado and France. She also says she and France are forming their own band:

Well we are going to start our own band (not saying it is replacing Foxygen). It sickens to me to see how Sam has been walked all over. He isn't the type of person to plot out things or think about business, he is just a real musician who is an amazing songwriter. I don't think he was ready for all the craziness that being a popular band gives you. It's been hard for us as a couple facing al these trials and tribulations but ultimately it has made us stronger.

The band aren't breaking up, but the River Rocks show was subdued compared to other recent shows. Maybe in part as France's predilection for scaling stage scaffolding was squashed by security who put up blocking tape around anything climbable. Pictures from their set are in this post, and we'll post a separate set for openers Thao & the Get Down Stay Down and The Aves soon.

While it's probably too early for details on the new project from Fey and France, Jonathan Rado has a solo album, Law and Order, which will be out September 9 via Woodsist. Like with Foxygen, Rado mines the past for inspiration. It's weird and wooley (and definitely screams "solo album") but it's not without big hooks. "Faces," the first single, is pretty catchy and you can stream it below.

More pics from Foxygen at River Rocks are below. 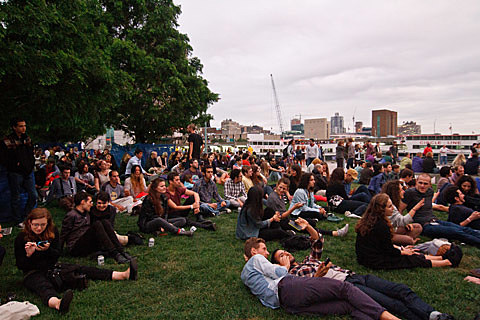 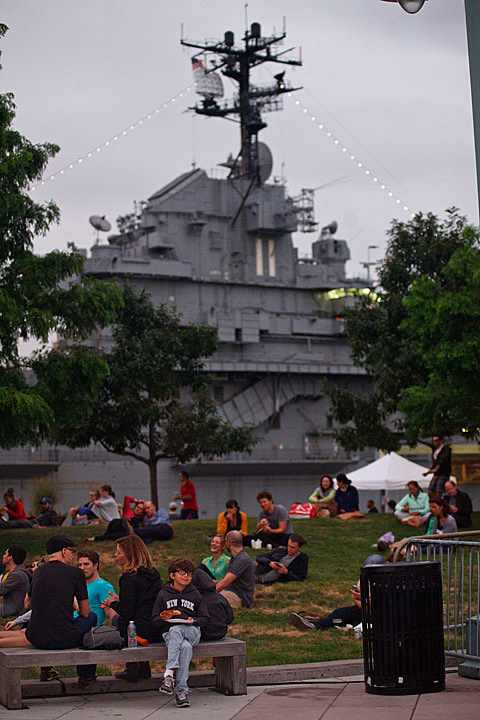 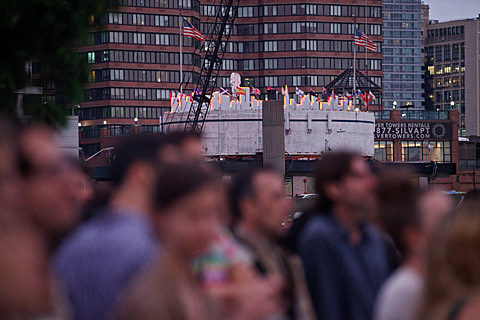 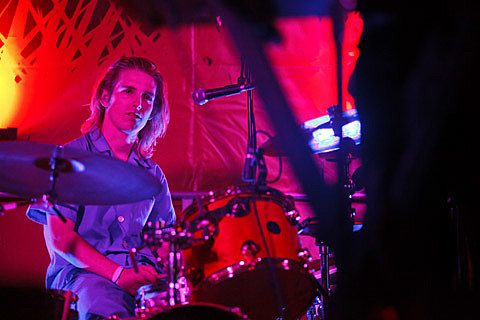 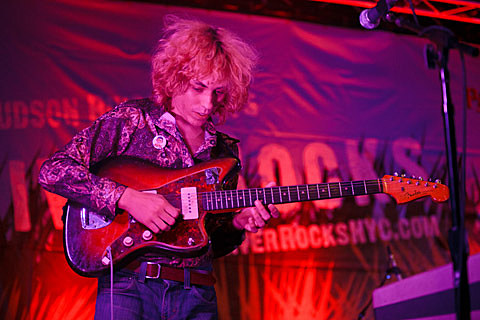 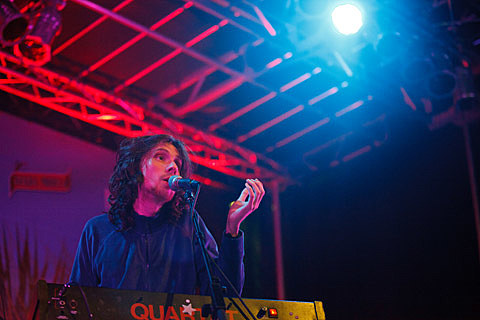 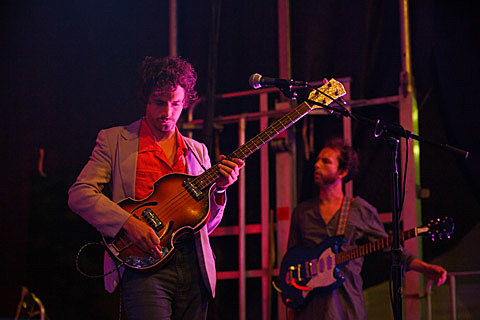 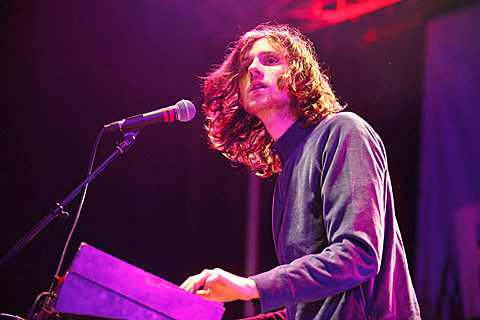 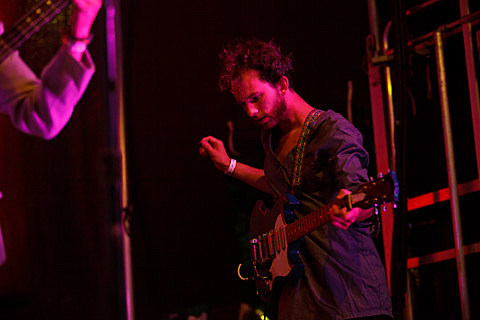 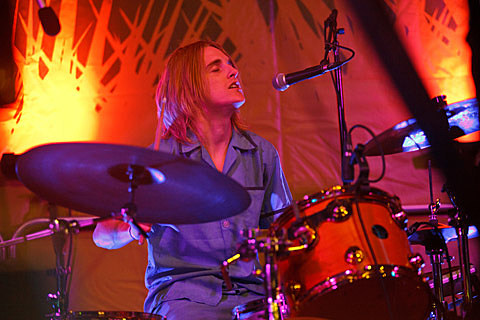 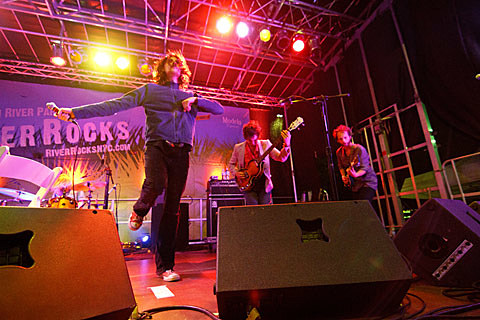 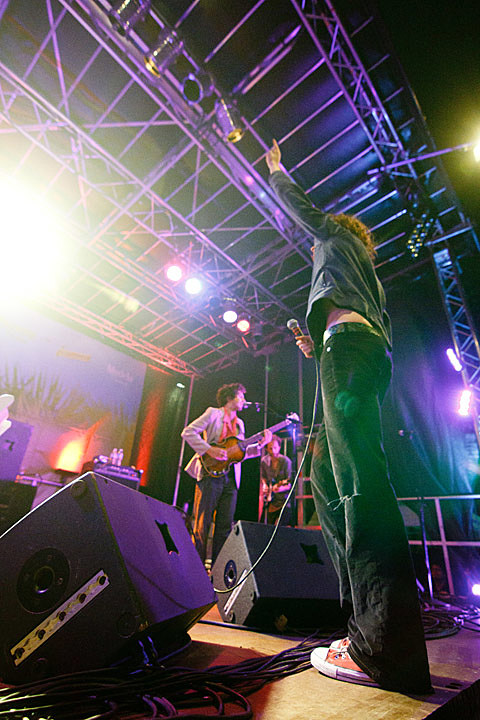 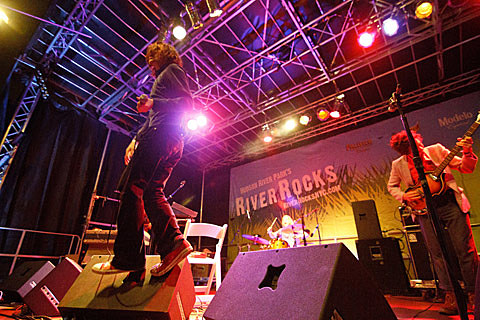 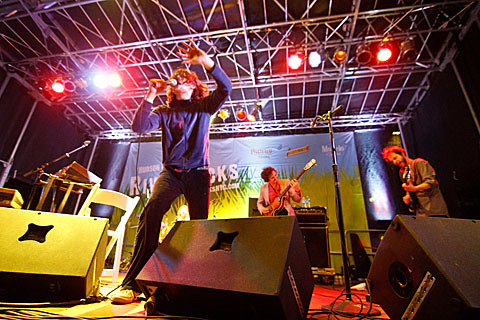 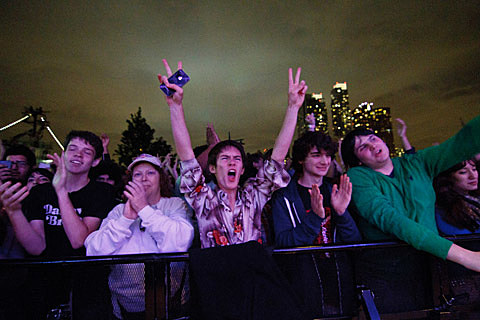 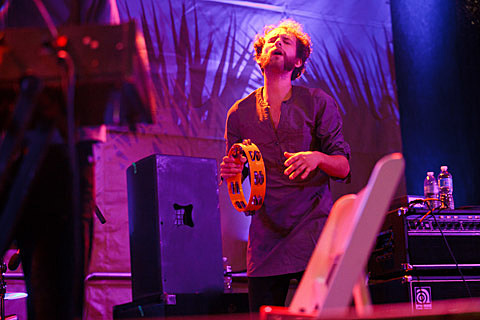 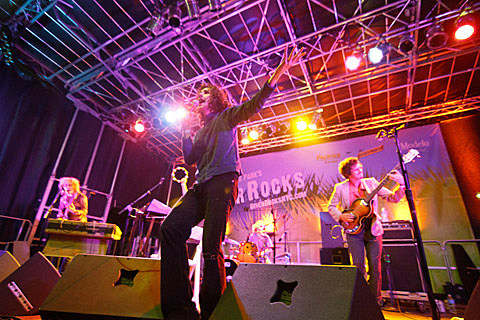 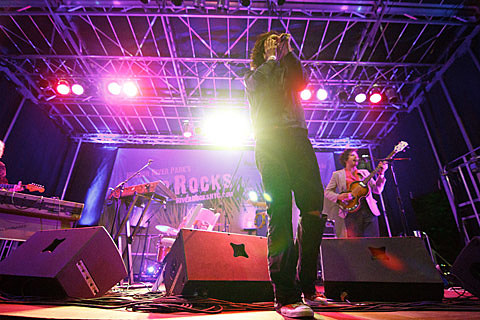 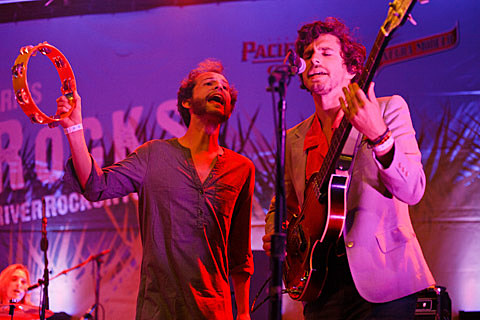 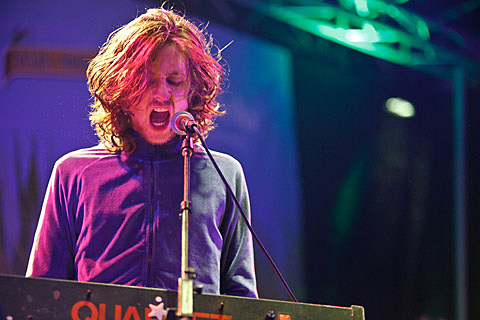 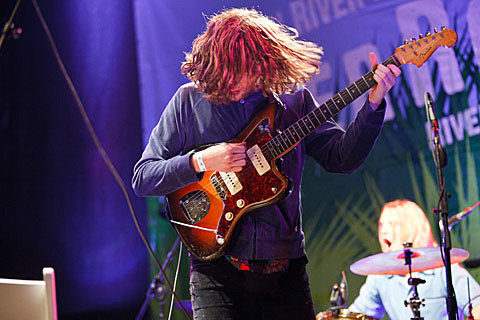 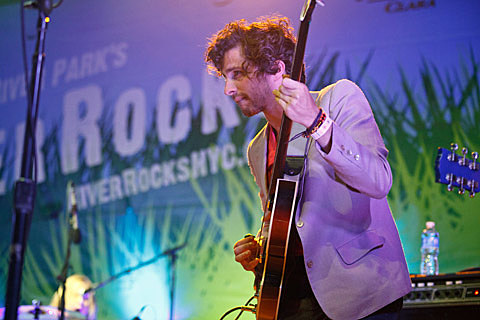 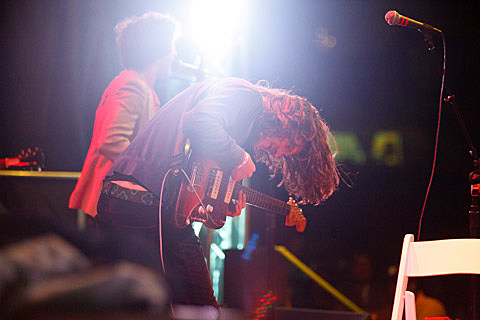 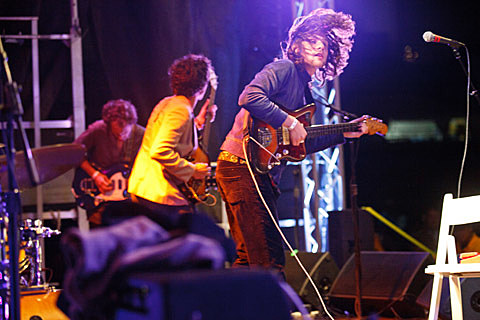 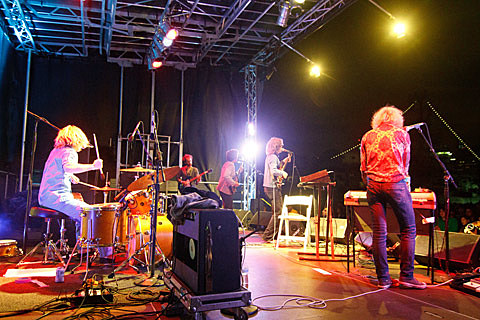 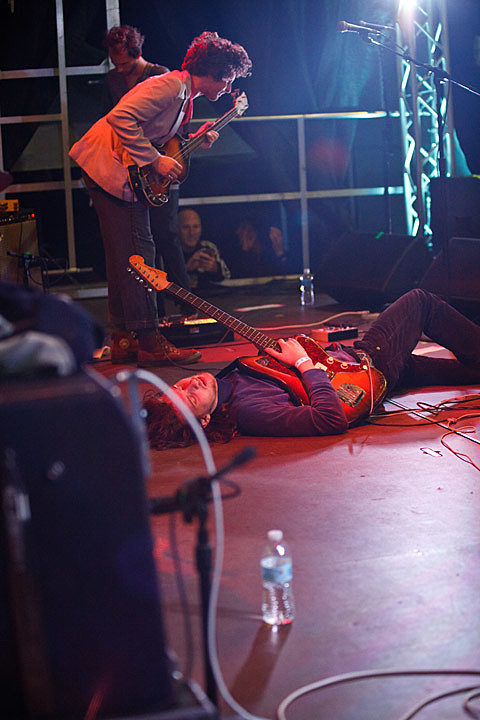 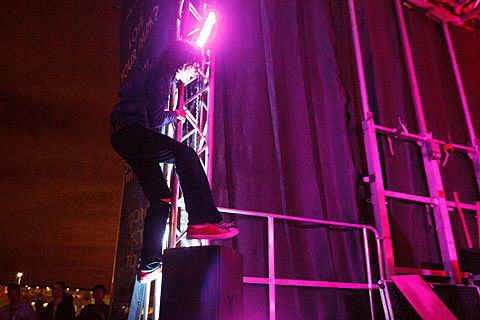 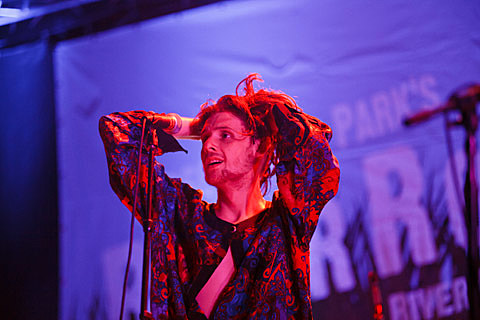 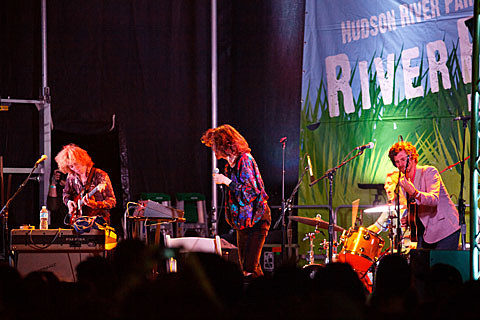