photo: Frameworks at Saint Vitus in 2014 (more by Greg Cristman) 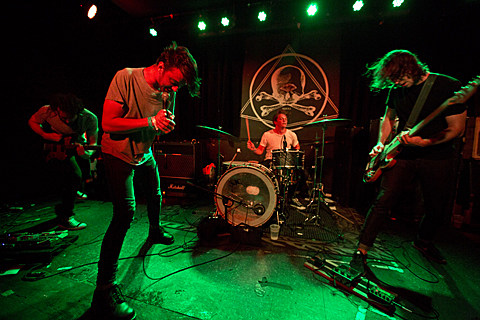 Gainesville screamo band Frameworks recently released the title track of their upcoming two-song Time Spent EP, and now the other song, "Worn Out," is here. It starts out like a rather traditional screamo song (a very ripping one at that), but it eventually evolves into something borderline-industrial and ends with shimmering post-rock. This is certainly more than your average screamo revival. The EP will be out February 5 via Topshelf (pre-order) and you can stream the whole thing below.

As mentioned, they're touring with fuzz punks (and Topshelf labelmates) Donovan Wolfington this year. The tour hits NYC on March 3 at Saint Vitus. Tickets for that show are still available.