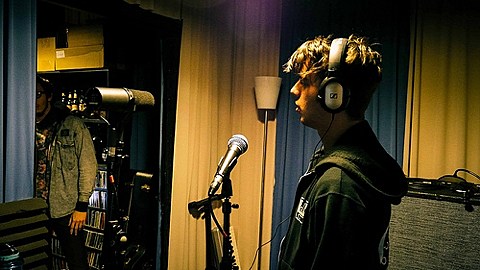 Gainesville screamers Frameworks recently inked a deal with Topshelf Records, who will release their debut LP, Loom, on April 29. The material on their excellent EPs had them set up to be one of the better newcomers in the modern screamo scene of bands like Touche Amore and Pianos Become the Teeth, but on the full length, the band is beginning to distance themselves from that. The album's title track, which you can stream below, brings in elements of major key indie rock and afrobeat punk that may be one of the closer things to a middle ground between the Talking Heads and Pg.99.

As discussed, the band will be heading to Austin for SXSW, where they'll play the BrooklynVegan showcase at Red 7 Patio on Wednesday, March 13 with Against Me!, Touche Amore, The Front Bottoms, Cheap Girls, Placeholder and special guest opener Harvey Sid Fisher (7 PM doors.)

After SXSW, the band will head out on a tour with NJ emo band Gates which hits NYC on April 19 at Saint Vitus. Tickets for that show are not on sale yet, but you can check Ticketfly for updates. All tour dates are listed below.

Ahead of all this, we hit up guitarist Andrew and singer Luke on IM to discuss the new album, the Gainesville punk scene, and Luke's disapproval of Andrew's love for John Mayer. We've also got some pictures of them recording Loom with Jack Shirley (Deafheaven, Joyce Manor) in his San Francisco studio. More of those pics, the interview, list of dates, and new song stream, below...

BV: You just signed to Topshelf with your debut album. How's working with them been so far?

Andrew: It's been great. Kevin and Seth are really on top of their stuff. It's cool being able to talk to the people that run the label day to day.

Luke: I'd say it's been the case scenario. I've always really respected those guys and the bands they work with. We've meshed really well.

BV: Were there other labels you were considering before deciding on Topshelf?

Andrew: There were a few labels that were doing cool things, but Topshelf seemed to be the best fit. We were just really stoked that they wanted to work with us.

BV: You have EPs dating back to 2011, which means you've had about three years of releasing music ahead of your first album. Did you approach the writing process any differently for this one, considering it's an "album" and not just an EP or a track on a split?

Andrew: Yeah, this was a lot different than writing for those EPs. We had a lot less time to get it done, but I think that forced us to be as creative as possible and work harder for the final product. When we came into writing the album Luke had a concept for how the album should progress lyrically and we wanted to match that concept with the music. Musically, writing this album involved planning out how each song would progressively change the mood of the album so that it ends in a very different place than it started.

Luke: With this album I was able to play around with a bigger picture kind of idea as opposed to writing individual songs that were loosely connected. 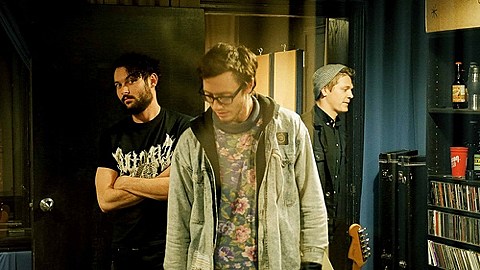 BV: So I've never been to Gainesville, but you guys have always seemed to have an awesome punk scene with like Against Me!, Hot Water Music and stuff, and there's still so many great bands coming out now, plus there's The Fest. How has that city's scene influenced what you do in Frameworks?

Andrew: Gainesville definitely does have a cool vibe to it as far as the punk scene goes. There's a lot of people here that are working hard to keep it alive and well. A lot of those people have been doing things here for a while, like Tony who puts on Fest. It's things like Fest and house shows and all ages shows that keep the music scene healthy, so having all of those things around us has been really positive. At the same time though, I think a lot of people expect Gainesville to be this punk rock mecca year round, and it's really not like that. There are some really cool shows with some great local bands every so often, but it's far from being Fest year round. That's why when that time of year comes we always have such a blast.

Luke: Gainesville is great. It definitely has it's own particular scene with very hardworking individuals. I believe it's helped shape the kind of mentality we want as a band very early on.

BV: Can you elaborate at all on that kind of band mentality you're talking about?

Luke: Yeah, absolutely. So it's always come as second nature for us to give all of the money that's made at the door from a show to whatever band is on tour.

Andrew: Yeah, now that we've toured a bit that concept is obvious, but it's something that a lot of young bands don't seem to get. I think being around so many touring bands coming through gave us an appreciation for that even before we started touring. There's been a lot of instances where I've seen locals taking an equal cut of whatever is made at a show, but around here that shit never really flies. Everyone in the Gainesville punk scene always does everything they can to keep the touring band on the road.

BV: Speaking of Gainesville bands, have you guys shared a bill with Against Me! before? Or will the SXSW show be the first time?

Luke: SXSW will be the first time.

Andrew: The last time I saw Against Me! it was with Mastodon and it was very awesome.

BV: Is that an exciting thing to be opening for them?

Luke: Absolutely. It's truly something I thought wouldn't happen. Sort of a bucket list kind of thing.

Andrew: That's the first thing people think of when they think of Gainesville, so it's cool to be associated with them in any way even just for a night haha. 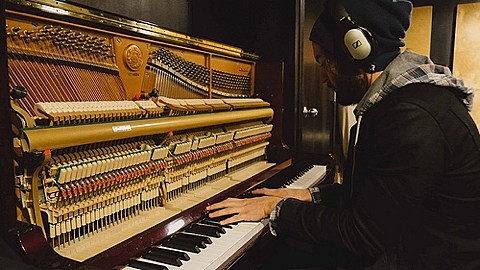 BV: So about the new record, I feel like I have to ask the obligatory "what music influenced it" question...

Luke: Each member has such different influences that I don't think I can name an individual artist everyone in the band would be okay with.

Andrew: Yeah, Cory is forever hyped on Weezer and post-rock. For some reason that combo works.

Andrew: I listen to too much John Mayer. That may have influenced the album, even though I'm sure everyone wishes it didn't.

Luke: I wish that it didn't.

Andrew: I think blues and jazz has always influenced the way I write music and coupled with Cory's epic 90's post-rock riffs I think it comes together in a cool way.

BV: One of the first things that really caught my ear from you guys was the trumpet on "Old Chokes"

Luke: Yeah, one of our more prouder moments.

BV: Is there other non-traditional (in terms of guitar/bass/drum rock) instrumentation like that on the full length?

Luke: Jack Shirley, who recorded the album, plays a saw with a violin bow on one of the songs, which sounds really cool.

BV: Oh that's awesome. Jack has been producing some of my favorite records lately.

Andrew: Jack is a great person. I saw him give money to a homeless person one time. It was too real. And he had a bunch of bananas in his hands to make vegan smoothies with. It was a beautiful moment. 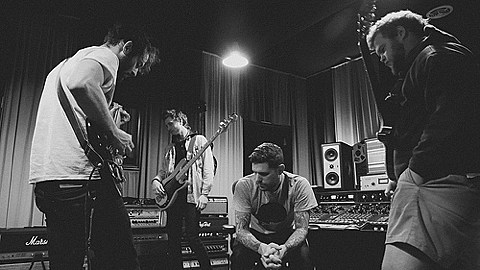 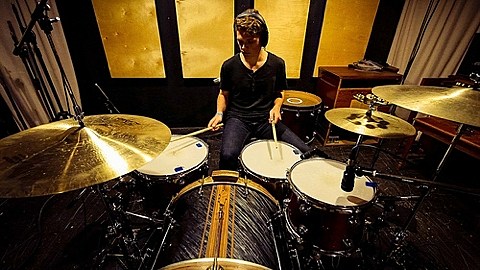 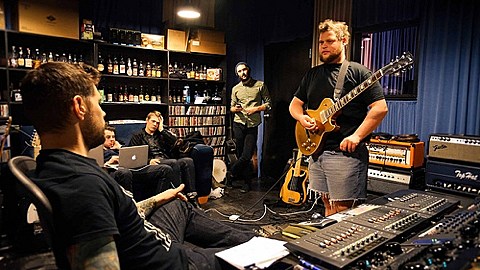 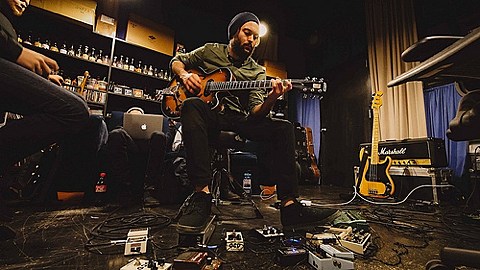 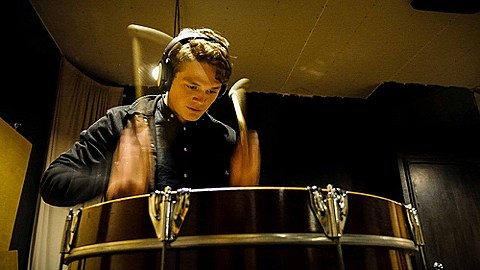 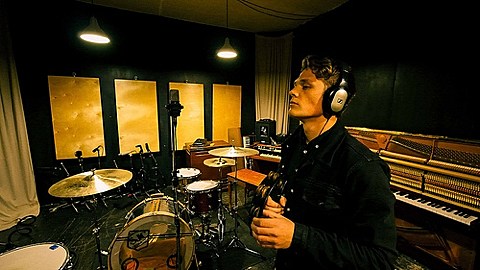 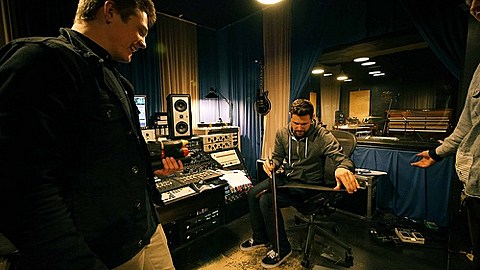 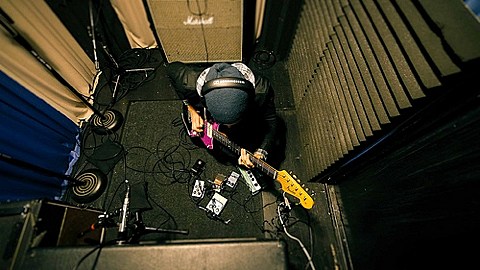 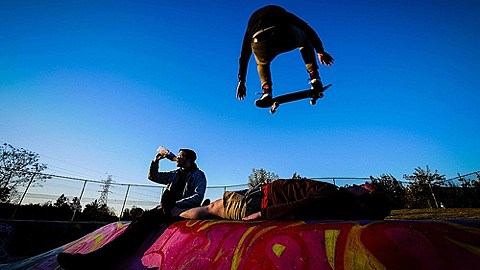 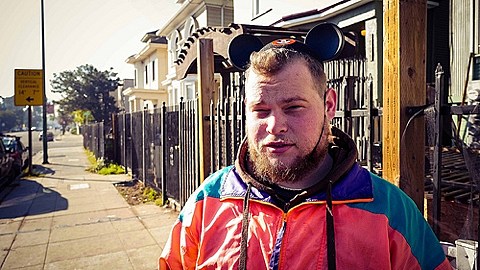 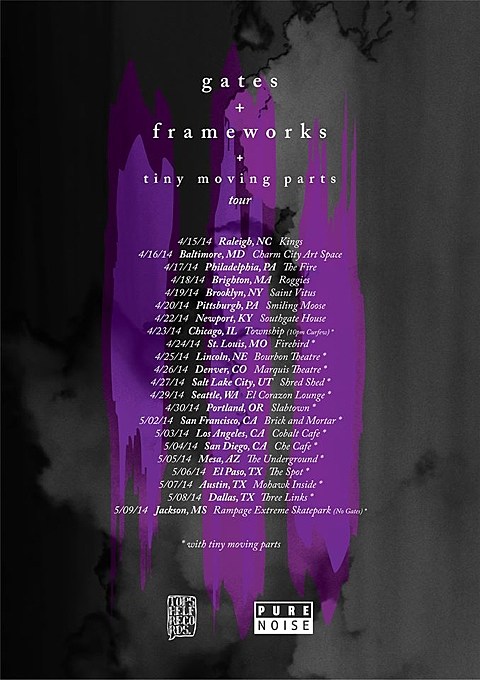