photo: Framtid at Chaos In Tejas 2013 (more by Fred Pessaro) 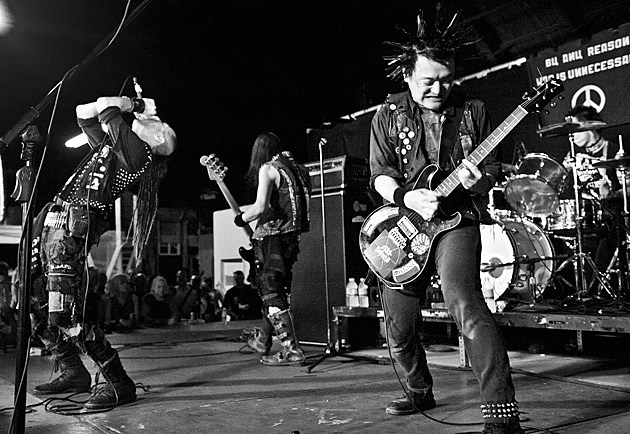 Okay now they're just spoiling us. In the past 24 hours we've learned that '80s-era Japanese hardcore legends G.I.S.M. are playing their first non-Japan show ever (Roadburn Fest) and the similarly beloved/influential Death Side are playing NYC in 2016. Now the relatively newer but no less furious Osaka band Framtid have announced a return to the US too.

Check out the flyer and a stream of 2002's Under The Ashes below...

I need to sit down.