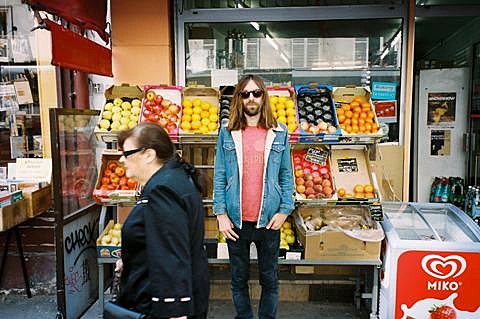 Paris resident Thibaut Berland has been making music as Breakbot for about six years, releasing a string of singles on French labels Ed Banger and Because Music, with a sound honed in on that short late '70s period where soft rock and disco met. He came to global attention with his fantastic 2010 single "Baby I'm Yours" featuring the honeyed vocals of frequent collaborator Irfane, as well as a striking watercolor-rotoscoped video.

Breakbot released his full-length debut, By Your Side, in 2012 which only got a digital release in America. Nonetheless, Breakbot will be here in March for a short North American tour, including a stop at the Girls & Boys party at Webster Hall on March 22. It's a live performance with with vocalist Irfane in tow and tickets are on sale now.

Check out a few of Breakbot's videos and a list of all tour dates below.

Breakbot feat Irfane - One Out Of Two