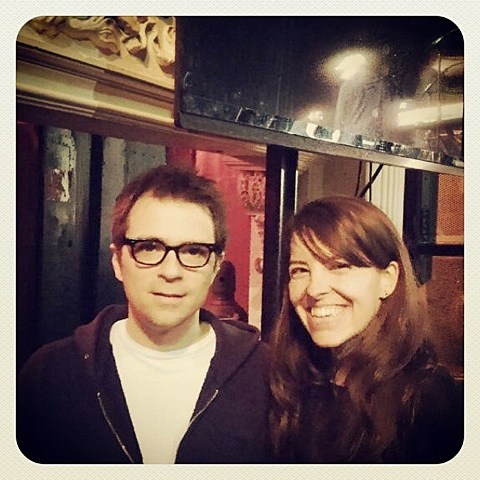 Weezer brought their current tour playing their new album in full to Philly for a show at the Trocadero this Saturday (10/25). At that show, Hop Along singer Frances Quinlan joined the band on stage to duet with Rivers Cuomo on "Go Away" (Best Coast's Bethany Cosentino sings with him on the album version." WXPN's The Key spoke to Frances about it:

She tells us she was on tour opening for mewithoutYou when she found out about the opportunity. "I was literally hopping up and down at a rest stop outside Baltimore when our booking agent, Merrick, told me the news."

Quinlan says she was nervous upon arriving at The Troc and watching Weezer soundcheck from backstage, but the band and the crew were total sweethearts, which put her at ease. "Rivers had me rehearse the song backstage with him and Brian [Bell, guitarist]," she says. "We ran through it once and an hour later I sang it onstage with them. It's the craziest thing that's ever happened to me."

Weezer's tour hits NYC at Bowery Ballroom tonight (10/27) which is sold out. Will any guests be there tonight too?

Watch the video of Frances and Weezer below...