Pærish are a new-ish band from Paris who grew up on '90s pop punk bands like The Offspring and blink-182 and '90s movies like Jumanji, all of which became formative influences. "We love Robin Williams and his characters," said frontman Mathias Court, including his Jumanji character Alan Parrish, which this band is named after. "It’s kind of a tribute to who we are. We are all kids from the '90s, we’re all big fans of blink-182 and that kind of humor. The character of Alan Parrish is a kid who’s imprisoned in an adult body. He’s still like a kid, even though he looks like an adult. Like the four of us."

Pærish released their debut album Semi Finalists in 2016 (which has more '90s movie references like the song title "I Got Punched in the Face, What's Your Excuse?" which comes from the 1998 Wes Anderson film Rushmore), and they've now inked a deal with SideOneDummy and recorded their sophomore album with the great Will Yip. It's called Fixed It All and due in 2021, and we're premiering the title track in this post.

"'Fixed It All' is the first song off our new forthcoming album that we recorded in the US. It's a song that sums up the album in that it's a much darker, heavier than what we've made in the past both sonically and lyrically," Mathias tells us. "It's about the depression I felt losing one of my best friends and questioning the decisions in my life." It is indeed a lot darker and heavier than the Semi Finalists material, more in line with heavy shoegaze stuff like Hum, Title Fight, Superheaven, Nothing, and others in that realm. Pærish prove to be pretty great at this kind of thing, and they pack enough substance and strong hooks into this song to make it stand out in this increasingly busy subgenre. Listen and watch the video below. 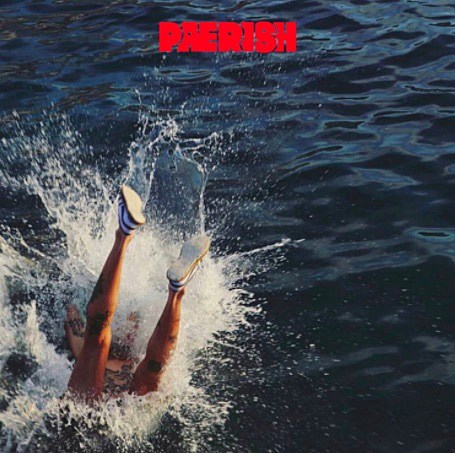