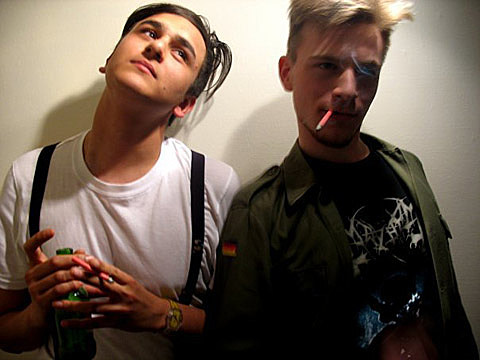 Minimal wavers Frank (Just Frank) play the Wierd party at Home Sweet Home tonight (6/1), the band's first live performance in two years. Frank (Just Frank) released their debut album, The Brutal Wave, last year on Wierd. Like most artists on the label, it's indebted to the '80s. You can hear vintage French synth wavers like Ruth or Casino Music, as well as the influence of R.E.M. and the Sound. (They are also big fans of black metal.) You can download an MP3 of album track "Coeur Hanté" at the top of this post.

This will be the debut of a new line-up for FjF, who were originally a Paris-based duo of Anthem and Kirti. Anthem, who was born in New Jersey, moved from Paris to Brooklyn earlier this year and has refashioned Frank Just Frank) as a trio. Which should mean lots more NYC-area gigs if you can't make this show. Anthem, who also has a solo album out sometime in the near future, is already working on a second FjF album with the new line-up.

You can read a new interview with Anthem over at Oakazine. A couple Frank (Just Frank) videos are below along with the flyer for tonight's show. 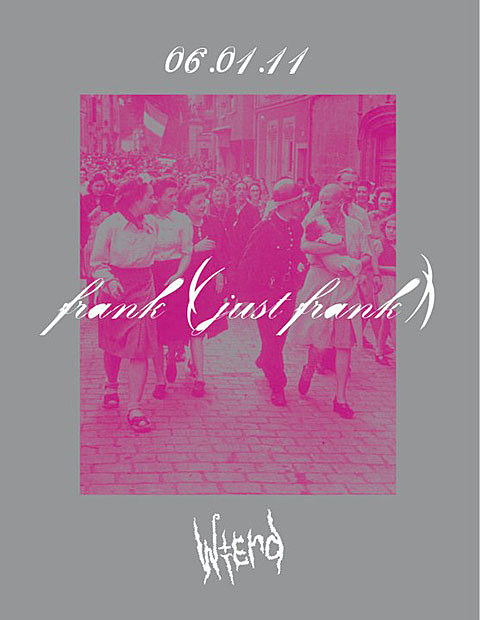