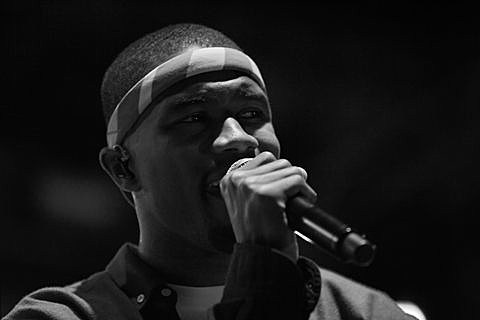 As mentioned, Frank Ocean who now has a much emptier September schedule after canceling a bunch of European dates will be in NYC to play the Afghan Whigs-curated ATP NY, which goes down on Pier 36 from September 21-23. Frank plays on the Friday (9/21). Tickets for ATP NY are still available.

He'll be heading to NYC a bit sooner than though, because as Entertainment Weekly points out, Frank Ocean will be the musical guest on the 38th seaosn premiere of Saturday Night Live on September 15. That episode will be hosted by Seth MacFarlane, who will be plugging new seasons of Family Guy, American Dad, and The Cleveland Show, along the DVD release of his new movie, Ted.

Frank Ocean will also perform at the MTV VMAs, which airs on September 6. He's going up against Carly Rae Jepsen, fun., One Direction, and The Wanted for Best New Artist and his song "Swim Good" is nominated for Best Male Video against videos by Chris Brown, Drake, Justin Bieber, and Usher. It was also nominated for Best Direction.

The "Swim Good" video is below.