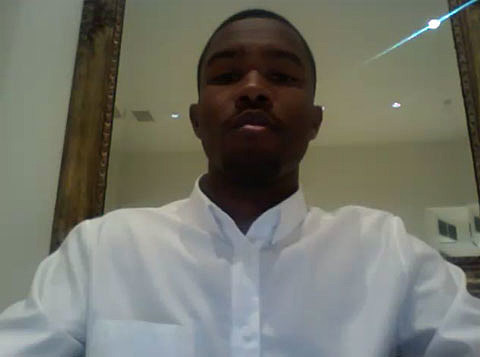 Hopefully you acted quick yesterday because Frank Ocean's Bowery Ballroom show is now sold out. The show, one of six now-announced, popped up so quickly that Frank himself didn't even know it was happening, as he explains in a video he has posted to his Tumblr.

As pointed out in the comments, the date of the NYC show (11/6) happens on the second night of Kanye West & Jay-Z's two-night run at Izod Center in NJ. It's impossible for Frank to be two places at once, but it makes sense that maybe he'll play with them on 11/5 at least, since he appears on their new album.