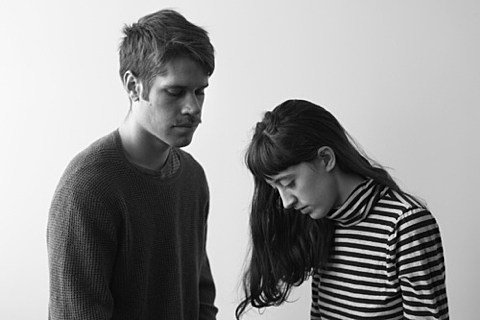 Frankie Cosmos, the NYC-based twee pop/anti-folk-inspired project of Greta Kline, has become a regular on the local live scene, but this month she'll be taking her show on the road for a two-week long US tour. A handful of those shows are with Porches., whose frontman Aaron Maine drums in Frankie Cosmos and whose live lineup counts Greta as a member, but most of these are billed as Aaron solo. All dates are listed below, though many of them are house shows (and some venues are still TBA), so Facebook events are included where applicable for more info.

What should come as no surprise, Frankie Cosmos also has many NYC-area dates before, after, and during the tour. First, she plays Fordahm University TONIGHT (4/4) with Porches at the college's Rodrigue's Coffee House (441 E. Fordham Road). Then she plays a previously discussed show at SUNY Purchase on April 12 with orchestral indie pop collective Mutual Benefit, which is the first night of her tour.

Upon returning home, Frankie Cosmos will headline a Brooklyn show at Glasslands on April 28 with Toons and Eskimeaux. Tickets for that one are on sale now. Then she plays a show on May 9 at Brooklyn Rod and Gun (59 Kent Ave), and finally opens the NYC stop of Woods' tour which happens on May 16 at Bowery Ballroom with psych-folk band Quilt. Tickets for that show are still available.

Additionally, Greta and Aaron also made a video for "Birthday Song" off Frankie Cosmos' excellent debut full-band album, Zentropy, which came out via Double Double Whammy last month. The video's as homemade and DIY as Frankie Cosmos' music, shaky hand-held camera included, and it suits the song well. That video makes its premiere in this post, and you can check it out below. 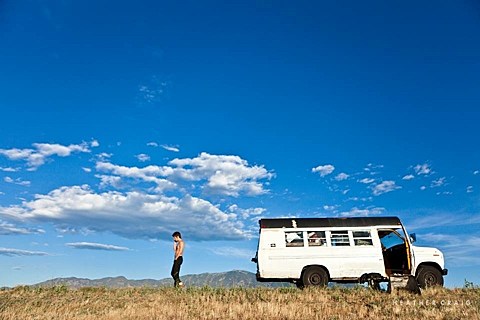 In related news, filmmaker/photographer Heather Craig filmed a tour documentary on Porches called Being Alone, which will be released soon. You can see it in NYC ahead of its release though, as its premiere screening will take place on April 13 at Baby's All Right. It's an early Sunday Brunch screening (3 PM start), and tickets are available now. Film trailer, poster and more info below.

Porches also play a previously discussed live show at Baby's All Right (4/10) only three days earlier, opening for The Love Language. KDH is on that bill too, and tickets are still available. And they have yet another Brooklyn show coming up on June 13 at Silent Barn with Pile, Bad History Month and more.

Porches. Being Alone. The Movie. Trailer 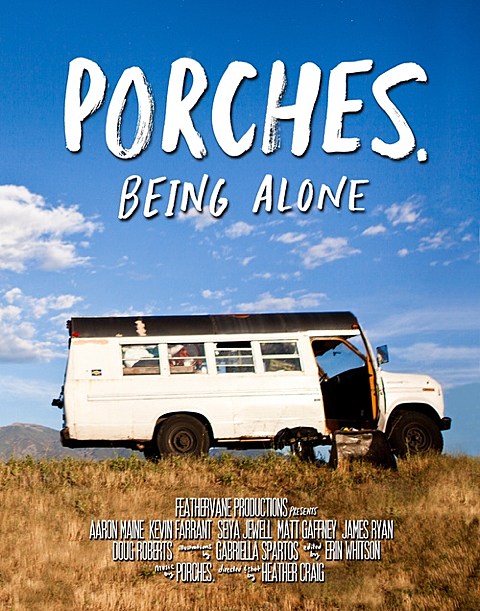 Direction and Cinematography by: Heather Craig
Edited by: Erin Whitson