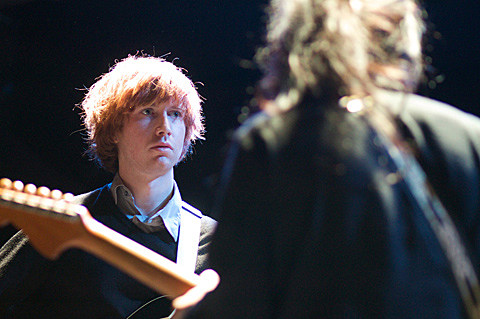 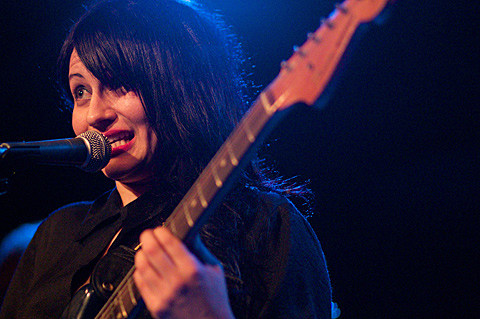 To quote Amanda (who took these pictures Friday night at Bowery Ballroom), "Frankie Rose & the Outs were kinda fab. Frankie's facial expressions = amazing." To quote Bill, "Frankie Rose has dropped The Outs from her name... and the band. This show will mark the debut of her new group."

So to recap, ex-Vivian Girl/Crystal Stilt Frankie Rose, who was originally billed on the show as "Frankie Rose and the Outs" (because at some point she changed the band name from just "Frankie and the Outs"), debuted a brand new band lineup (except for the keyboardist who used to play guitar) during her opening set for the Dum Dum Girls (that she also used to be a member of) at Bowery Ballroom in NYC on Friday.

And the new group is no longer all female, as you can see in the pictures that continue below... 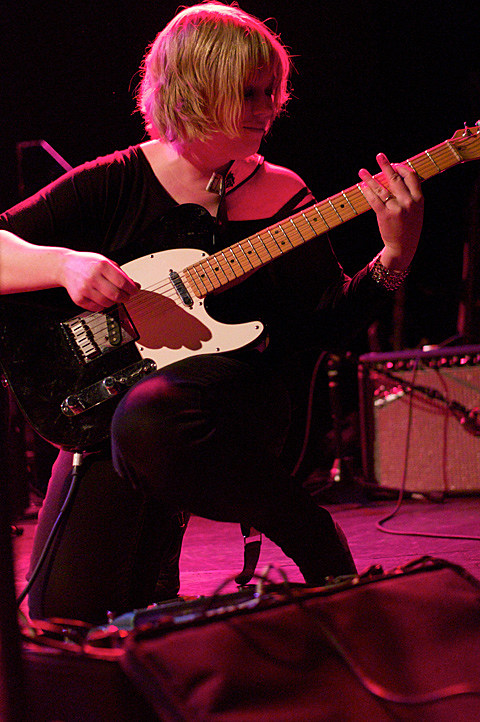 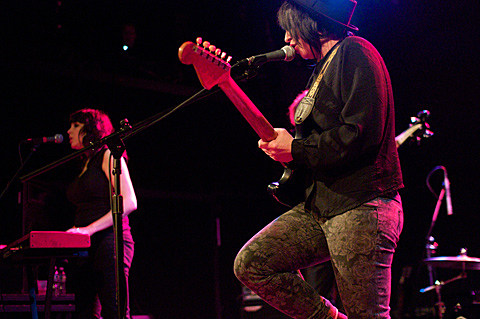 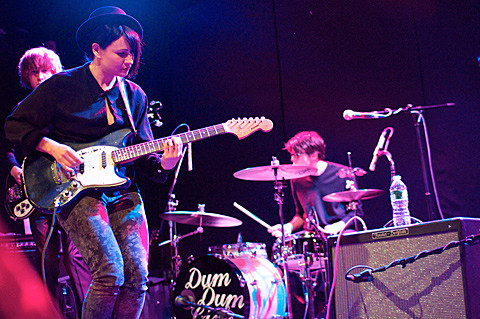 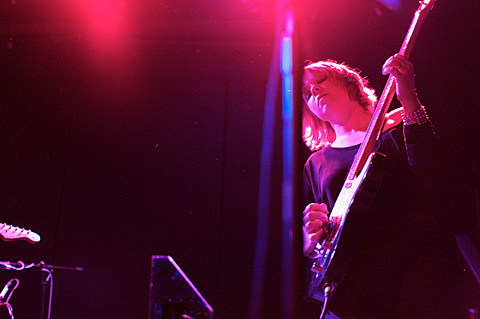 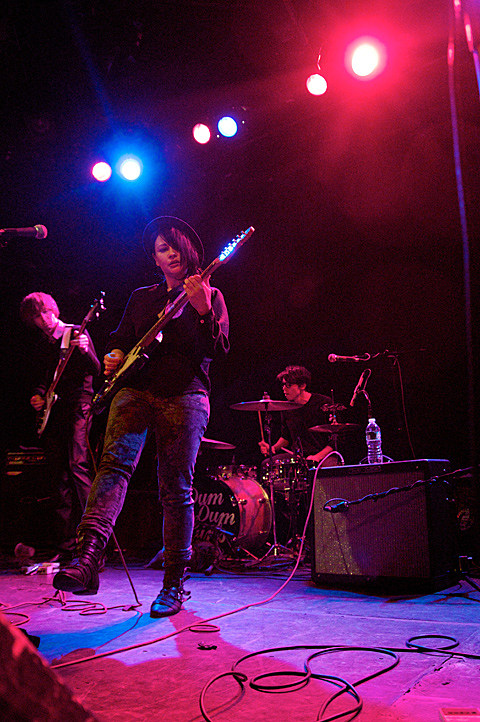 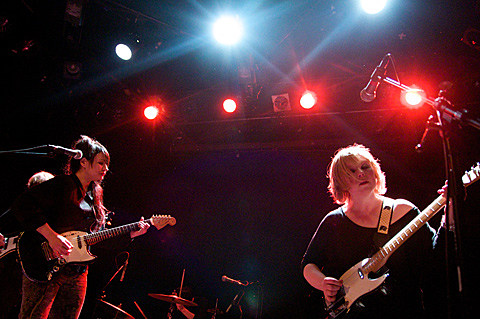 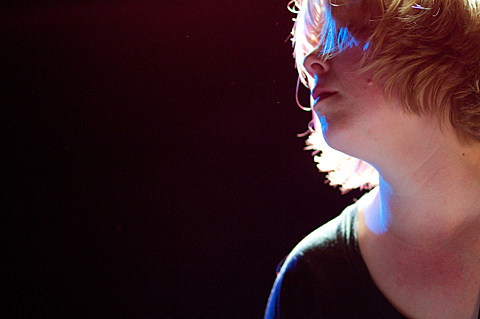 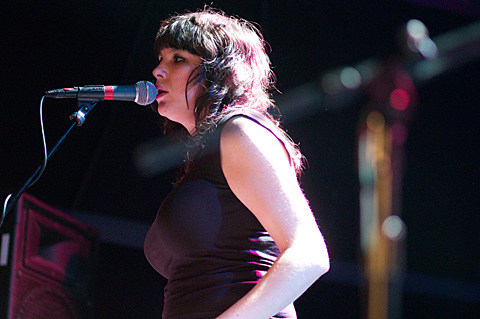 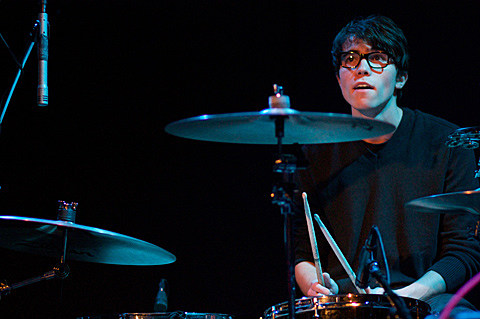 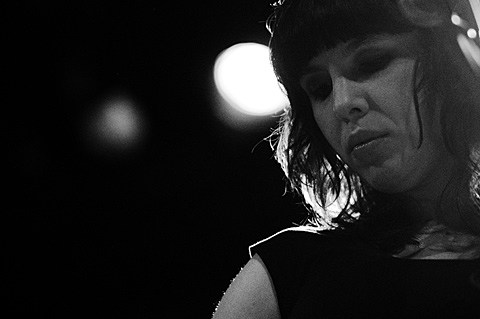 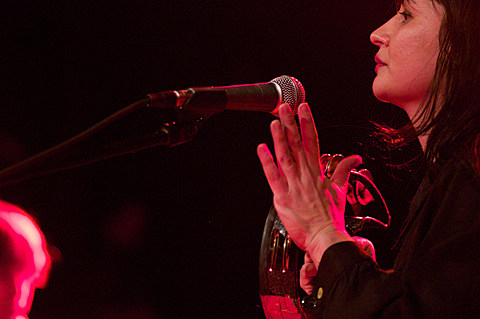 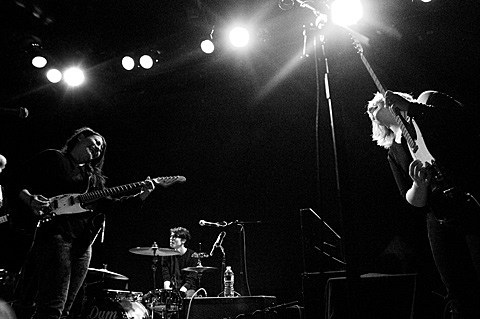 (pictures from the rest of the show coming shortly)