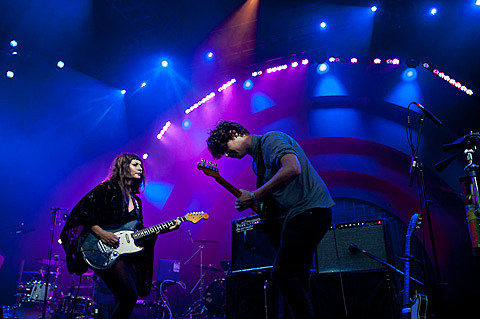 Frankie Rose is busy finishing up her third solo record, which is titled Herein Wild, and due out early fall 2013. She also has a couple shows coming up, including playing next weekend (7/6) at Brooklyn Museum's free Target First Saturdays.

UPDATE: She's not playing solo now, but her other band Beverly is.

The music portion of the day is a diverse line-up that includes The Hungry March Band, Michael Hill's Blues Mob and hip-hop group Brown Bag All Stars. Frankie plays at 7 PM.

Brooklyn Museum also hosts the Audiophile Series, which will have Heliotropes and The Suzan on July 25 and Xenia Rubinos and DJ Rizzla on August 15. Those shows are free with museum admission (which is a suggested donation).