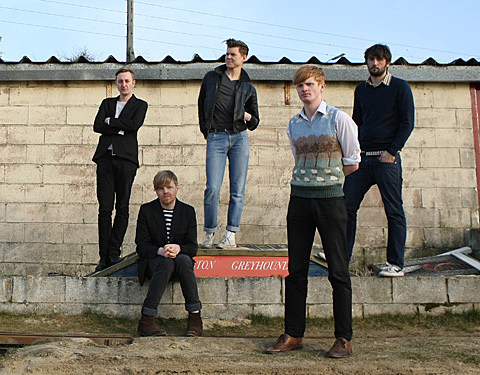 "HE might have been named GQ magazine's 39th best dressed man, but Frankie and the Heartstrings frontman Frankie Francis has no illusions about his position as a style icon.

"It's very exciting -- but I did get beaten by Romeo Beckham. And David Cameron," he says.

"It's very flattering, though, and if it draws attention to the band then it's all good."" [Lanchashire Telegraph]

Frankie & the Heartstrings made a brief visit to NYC during CMJ. They will return after visiting Austin for SXSW in March. Like their friends Summer Camp, you can catch them at Mercury Lounge. The date is March 21st and tickets go on sale at noon.