One of the best shows of the year. If you haven't seen Franz Ferdinand yet, you have another chance in October. Definitely do it. Unfortunatley The Futureheads and The Delays won't be with them again. Next time it's The Evaporators and Blanche. hmmm.

I made it to Roseland in time to see The Futureheads go on at 7:30. (It was nice to have three bands on the same bill that I wanted to see.) They were good, but not nearly as good as everyone is saying they were at Rothko. It's got to be a venue thing. 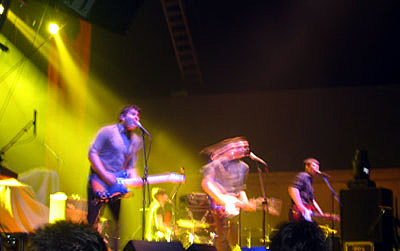 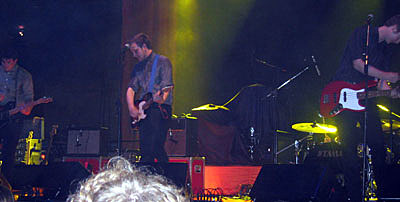 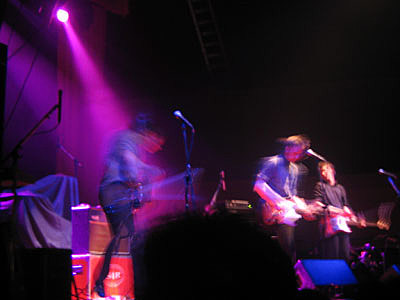 I was more excited to see The Delays. Their album has been in regular rotation, and I missed their show at Mercury Lounge in July. They didn't totally live up to expectations, but again...it's Roseland. 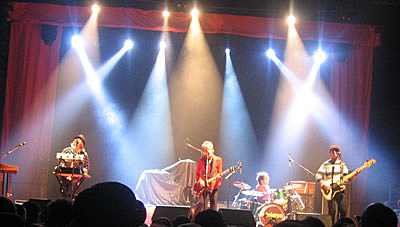 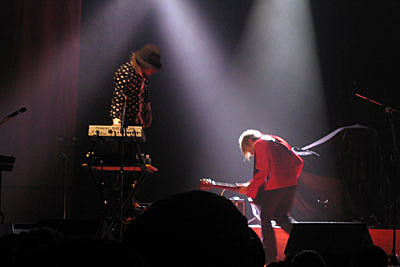 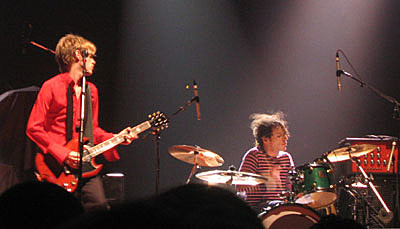 Then Franz played. They played the best show I ever saw at Roseland. The crowd was going wild. People were really moving. I left more than happy...way beyond my expecations. 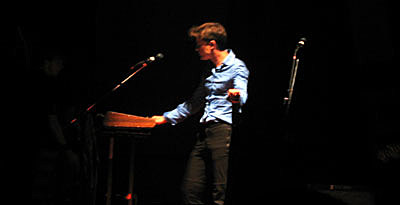 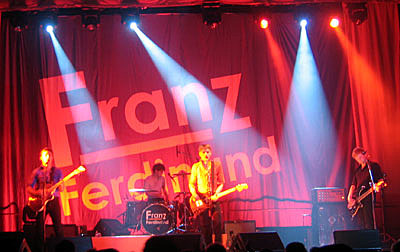 After about 2 hours of running night errands (I think it was about 12:30), I showed up at Rothko for the after party. I had advanced tickets, but the place was already filled over capacity.

I heard the security say "Some big shot is playing or something and people are gonna be coming in like this all night. The promoter needs to be down here." The promoter was not down there. The security were left to fend for themselves. Franz Ferdinand's guitarist had a hard time getting in, and the manager of the Futureheads just kept screaming, "I need to get in to see my band! I came here to see my band!" 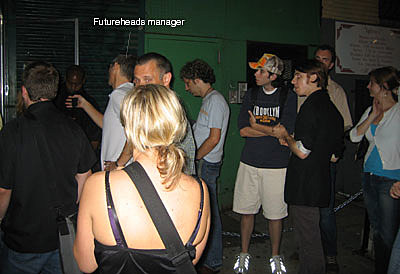 At that point, there was no way I felt like jamming into an overcrowded Rothko, so I just took off. I slightly regret it after hearing all the reviews of the show (see below links), but oh well.

Rothko is being really cool and refunding money for anyone who didn't get in.