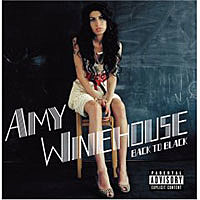 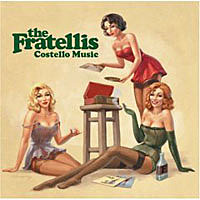 What do the Fratellis and Amy Winehouse have in common? They're both from the UK, they both just won Brit Awards, they both have the same agent, and they're both on Island (Universal). They both also have new albums out this week, and THEY'RE BOTH STREAMING IN FULL AT AOL.

AND they WERE both supposed to be playing one of my SXSW parties...until this morning when we found out that Amy Winehouse cancelled our show, and another show that day, and two shows in the UK. More cancellations to come? I don't know, but her show at Bowery tomorrow night still seems to be on, as are the rest of her tour dates. Here's what's in the news:

The father of British pop star Amy Winehouse has pleaded with his daughter to take a break from her busy schedule - or end up facing rehab.

Dad Mitch believes the Rehab singer's hectic schedule is taking its toll - as well as her recent split from boyfriend Alex Jones-Donelly.

Luckily the Fratellis are still playing the show though, as well as 12 other awesome acts. Amy's replacement to be announced.

The Fratellis are also playing two sold out shows at Mercury Lounge in NYC after SXSW, and now a third show at Studio B in Brooklyn on March 24th. Is it really sold out too though? Or is it not on sale yet like they did with LCD Soundsystem?