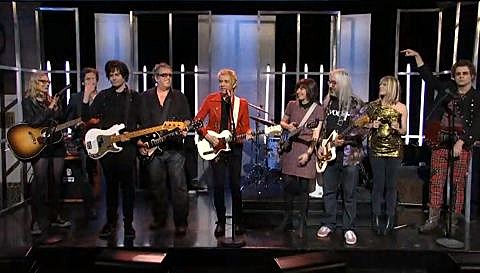 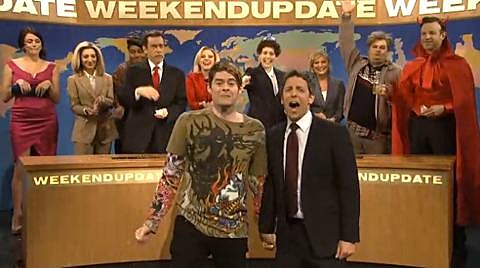 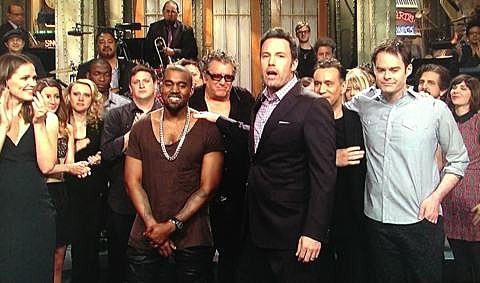 Fred got his farewell moment via a sketch featuring his punk character Ian Rubbish who performed song called "It's Gonna Be a Lovely Day." His band featured fellow departing castmembers Hader and Sudekis (and Taran Killam, sure to be a big player next season), and then he welcomed a cavalcade of musical talent onstage, including his Portlandia costar Carrie Brownstein, Sonic Youth's Kim Gordon, Dinosaur Jr.'s J Mascis, Aimee Mann, Michael Penn, and the Sex Pistols' Steve Jones. With a chorus of "It's been alright, I've had a lovely night," it was a nice little sendoff. Video of that is below.

Hader got his sendoff moment, as expected, as Weekend Update nightlife correstondent Stefon, where anchor -- and soon to be Late Night host -- Seth Meyers finally gives in to his advances. "Weekend Update" also featured a surprise appearance by former co-anchor Amy Poehler who came out for "REALLY??" and stuck around to read the news. Seth, who is also SNL's head writer, will leave midseason next year to take over for Jimmy Fallon who is moving up to The Tonight Show.

Hader, Armisen, Sudekis and Meyers' departure leaves a giant comedy hole for next season. It will be interesting to see how Lorne Michaels fills it.

Top of the Pops 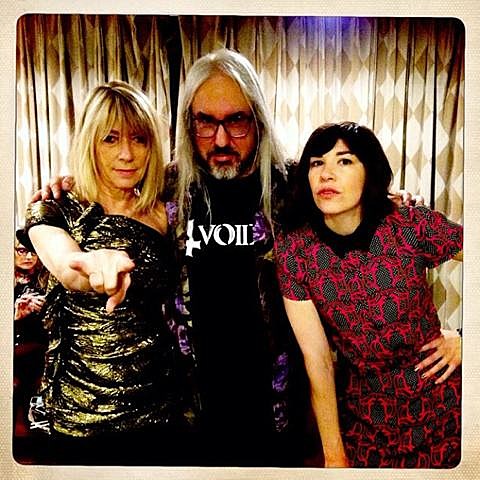