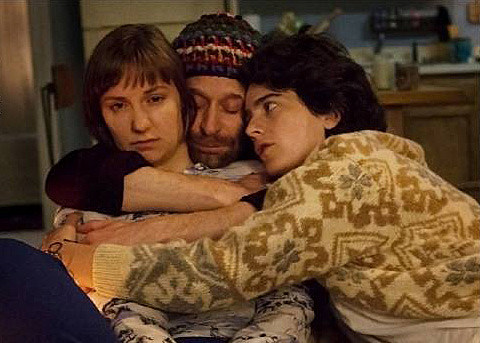 A host of comedy talent -- including Fred Armisen, Janeane Garofalo, Wyatt Cenac, Eugene Mirman (who'll be on tour with Bob's Burgers), and current SNL castmembers Mike O'Brien and Michael Che -- will be at Littlefield on March 11 for show being billed as "A Brooklyn Free Space Fundraiser Spectacular Evening of Entertainment!" Jon Glaser will be your host for the evening and tickets are on sale now.

Glaser, who you may have seen recently on episodes of Girls or Parks and Recreation, will be appearing on Sunday (2/22) at Shea Stadium for The Macaulay Culkin Show (which does not actually feature the Pizza Underground member). He'll be there for a live reading of a screenplay, "Whenever Possible Forever," that also features Jake Fogelnest, Joe Rumrill, Julio Torres, Ted Shumaker, and Tynan Delong. Glaser gives the backstory on this:

about a year ago, Brett Davis messaged me on Facebook asking me to do his show. I wasn't available, and he basically said there was an open invitation to do the show "whenever possible forever". Highly enjoying that phrasing, I jokingly challenged him to write a screenplay called "Whenever Possible Forever". I immediately received an opening scene in response. I wrote back something along the lines of "You keep writing, I'll keep reading." I'd receive new scenes every week or so, and would volley back with continued encouragement. This went back and forth for about a few months, until finally, at another comedy show, approximately 35 hard copy pages were placed in my hands, printed out on different kinds of mismatched paper. This dumb bit turned out to be something very weird, creative. smart, stupid and funny, and the world needs to know about it!