Fred meditates on his top ten... 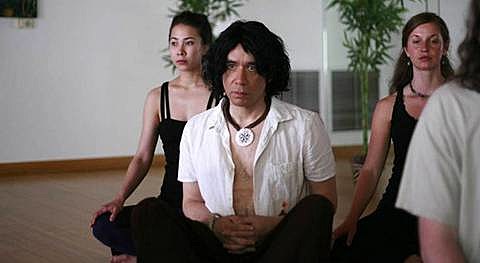 In my tenure as BV's tallest and prettiest contributor, I've noticed that one of the most polarizing figures we mention on here is the great Fred Armisen. It's like, any time we mention this dude all the negative-Nancys crawl out of the wood work. Oh well... You know what they say ('they' being people who use terrible quips to express themselves); "Haters gonna hate." The reality is, Fred Armisen rules. He's one of my most favorite, funny, uber-talented oddballs in the biz. He's consistently funny on SNL, no matter how abysmal the sketch may be. His show Portlandia (which returns January 4th 2013 on IFC) is one of the funniest shows to hit the gogglebox in recent memory. And he keeps it real with small-venue residencies and club shows. Fred recently hipped us to the top 10 records of 2012 that floated his boat.

In addition to Portlandia's imminent return (many guest stars included), and the Portlandia book which is currently available, don't forget the Fred is hosting the Snow Ball Ball at the Bell (Ball) House on Sunday December 16. The show also features guest DJs Tunde Adebimpe (from TV On the Radio), Peter Hale (from Here We Go Magic) and more!