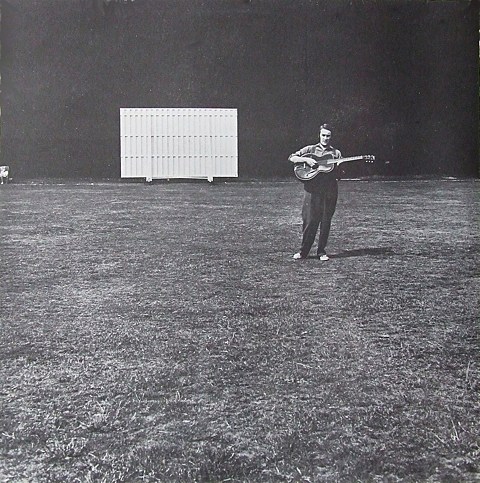 Avant-garde guitar great Fred Frith -- probably best known for his influential 1974 album, Guitar Solos, which caught the ear of Brian Eno, who asked him to appear on two of his 1978 albums, Before and After Science and Music for Films, and prominently featured the use of prepared guitars, which would later be popularized by Glenn Branca and Sonic Youth -- is beginning a six day residency at The Stone today (8/27), which continues through Sunday (9/1).

For the early (8 PM) and the late (10 PM) shows tonight, Frith will be joined by art pop mastermind Laurie Anderson on violin and keyboards. Admission is $25 at the door. Other shows of note include Frith and Stone artistic director/sax wizard John Zorn at the early show on Thursday (8/29) (also $25); and Frith with no wave legend Ikue Mori (of DNA, and also of Death Ambient with Fred Frith) and Thurston Moore collaborator Nate Wooley at the early show on Saturday (8/31). The full schedule for the residency is below.

In related news, you can also catch Nate Wooley performing as part of his trio with Thurston Moore and Ryan Sawyer during the day (2 PM) at Union Pool on Saturday (8/31) with Lungfish's Daniel Higgs, plus bEEEdEEEgEEE + Dutch E. Germ and DJ Jesper Eklow. Free.

Fred Frith's Stone residency schedule and a stream from Guitar Solos, below...