One Tail One Head at Inferno Festival, April 2012 (more by Fred Pessaro // BBG) 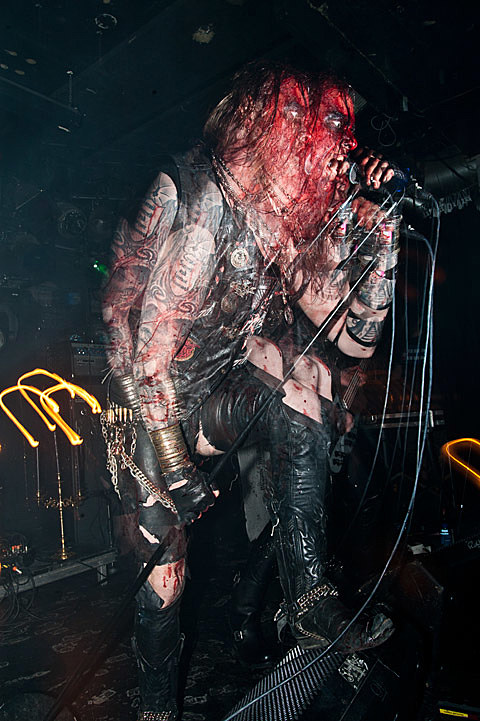 2012 was a year of considerable personal growth for me, as a person, a photographer and a music fan. As I recounted in my favorite photos of 2012, I got to shoot some of my favorite bands of all time and travel the globe in search of new ones. The beginning of the year was spent dealing with personal drama, and if it werent for key records in my life I shudder to think at where I would be right now. To every band on this list and many who aren't, I cant thank you enough.

First order of business, my musical pallette is much much larger than just a series of metal records. This is NOT a list of my favorite records of the year, because that would surely include other entries from across many different genres. This is, however, a list of some of my favorite heavier records.

To me, the term "heavy" can be defined in many ways, from the elongated riff on a doom record to a noise squall to a particularly punishing punk-rock beatdown. While most of the following records are "heavy" in the traditional "distortion and loud guitars" sense, a few are not. You'll see metal, you'll see deathrock, you'll see raw punk, you'll see hardcore, and many spots in between in the numbered list below. And to answer your question, yes you'll see Swans... right beside D-Clone and Asphyx.

My favorite records of 2012 are below. Hopefully you'll see a connection in favorites or maybe discover something new. Regardless, I hope you found your own favorites of the year whether in this list or outside of it. 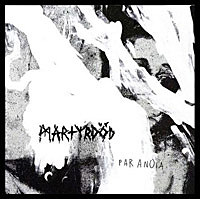 Paranoia is more polished than its predecessor Sekt, but the fundamentals of Martyrdod are intact. Melodic and metallic crusty hardcore that is still as memorable as ever. 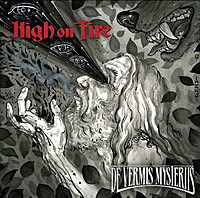 If there a 2000s equivalent to Lemmy then Matt Pike is that man, the living, breathing embodiment of heavy metal. De Vermis Mysteriis is a consistently well-executed album and while I am not a fan of the production (Billy Anderson and Steve Albini put together my favorite records), it is still packed with memorable riffs and melodicism. One of the great metal bands of our time, in my estimation.
--- 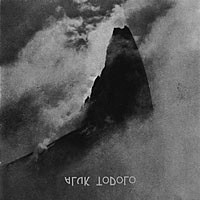 A mesmerizing mix of black metal and krautrock, Occult Rock goes far beyond standard black metal conventions and into a realm of its own.
---

17) No Statik - Everywhere You Aren't Looking 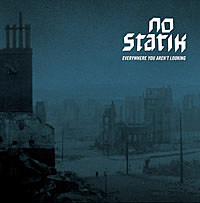 The first eleven minutes of Everywhere You Aren't Looking might be downright confusing if you didn't go any farther; the bulk of the first track owes more to Goblin or John Carpenter than to punk rock. Everything shifts towards the end of that first track though, revealing ten doses of furious hardcore/crust/grind with shades of Look Back & Laugh (a previous project) and other 90s favorites like Dropdead.
--- 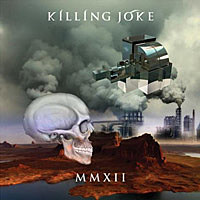 15) Converge - All We Love We Leave Behind 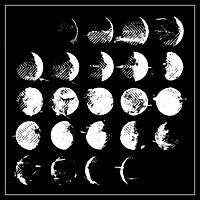 You come to expect quality work from Converge over the years, and All We Love We Leave Behind is no exception.
--- 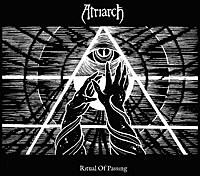 Atriarch is a doom band in the truest sense of the word. In addition to employing that genre's style, the band also injects heavy amounts of deathrock and black metal on their latest LP and first for Profound Lore, Ritual of Passing. Excellent record from an unstoppable live force.
--- 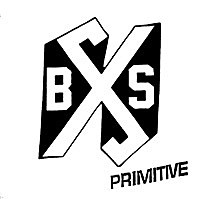 Boston is in the name, and the Massachusetts city has its hands all over the LP in influence. Simple, brutal 80s style hardcore that tips the hat to greats of yesteryear like SSD and Negative FX. Primitive indeed.
--- 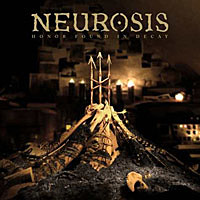 Moody, punishing, adventurous and imperial, Honor Found in Decay may not be their finest effort but a very worthy entry into this band's storied history.
--- 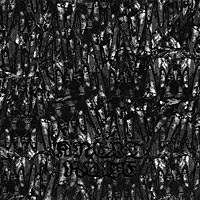 Dating has a lot of parallels with discovering a new record. Sometimes there is an immediate connection and that spark turns into a brightly burning flame, while for others its a slow burn that collects strength as time passes. Trespass is my first experience with this Portland grind crew, and it was most certainly the former. The band's mix of grind with black and death metal is blunt instrument to the forehead, and I quickly devoured not only this record but prior output too.
--- 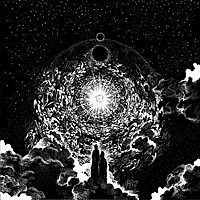 Corner most of the Mutilation Rites guys and they'll tell you, this four-piece owe more of their early influence to punk rock. That's probably what makes Empyrean so compelling... furious, propulsive riffs that remind you that "epic" should mean powerful, and not sprawling songs that top the 10 minute mark to get to the point.
--- 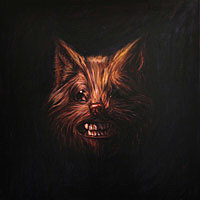 Though its two hour running time can be tough to swallow in a full sitting, The Seer is an utterly astounding work from these reunited no-wave/noise legends. Swans' last LP and first as a reactivated band was an excellent step into a great direction, but The Seer blew mw away.
--- 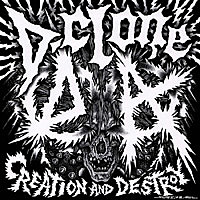 Sometimes I truly enjoy the pomp and circumstance of traditional black metal, and others I absolutely despise it. The end-goal of any bullet-belted, corpse-painted black metal band should be hatred for mankind, less fashion and more substance. Bands like D-Clone are decidedly far from black metal in a genre sense, but still display an enmity that many black metal bands miss in the pursuit of the perfect nail cuff. On the Japanese raw punks' LP Creation & Destroy, D-Clone are hellbent on destruction, churning out a no holds barred effort of endless hatred and playability.
--- 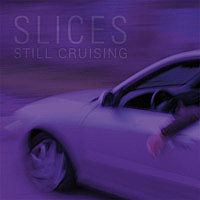 Cruising was great and Still Cruising ups the ante with more antisocial, animalistic punk rock. Tis a shame that this great band is calling it quits but like they say, only the good die young.
--- 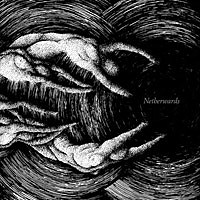 Another in a long line of bands that dropped a promising demo, only to follow-up with a similarly great album. Black metal, death metal and funeral doom combine to make this an epic release in both scope and execution. A total triumph, especially for a band this young.
--- 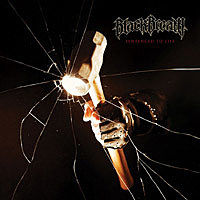 Despite their own insistence, Black Breath is a hardcore band. Packaging cro-magnon style riffs that owe as much to Swedish DM as they (quietly) do to hardcore, this is a simple record that gets to my primal core and works best as the soundtrack to a case race. Also, for my money, the best album title/art of the year. Nailed it, boys.
--- 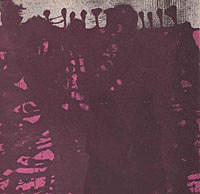 This Texas duo churned out a fascinating and wholly unique record with their self-titled effort for Handmade Birds, a mix of Birthday-Party style death-rock, synth-driven darkwave, ambience and metal. From the opening Om-like track, Pinkish Black takes all manner of left turns yet always remain fascinating. Fantastic effort.
--- 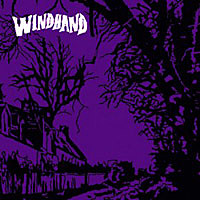 Windhand's self-titled album is one that time forgot. Originally set for a 2011 release, the album got pushed back to drop in early 2012 and was all but forgotten by many as a result. A bit of a shame really, this gem hits hard with soaring melodies sung by blues-y vocalist Dorothea over neck-snapping, woofer-quaking doom guitars. Don't sleep on this one doom fans... fantastic.
--- 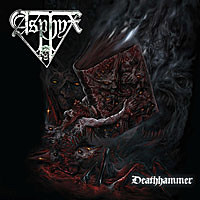 There is a purity to Deathhammer that is admirable. The Dutch death metal steamroller's second LP with returning vocalist/demigod Martin Van Druunen finds the band sounding more muscular than ever, and completely in line with not only their triumphant Death... The Brutal Way but also their classic The Rack.
--- 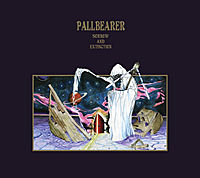 Pallbearer have traveled quite a distance (literally and figuratively) since that fateful demo and my first live experience with them at Rites of Darkness 2011. Their new LP Sorrow & Extinction is not only my most played album of the year, but a bonafide watermark for doom metal in 2012. What's more, this record being the first effort from these Arkansas boys only speaks to the bright future ahead of them. Go get 'em, boys.
---