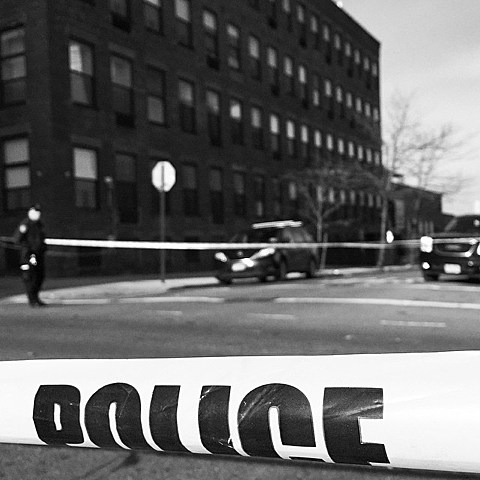 Earlier today, we pointed out that a shooting went down at Rough Trade NYC in Williamsburg last night after Indiana rapper Freddie Gibbs' show at the venue, and that he was the alleged target. Freddie meanwhile has confirmed tthat like his 2012 record, he's #StillLivin. With other tweets he further confirms he's good and that his tour DJ is too.

The NY Post article we linked to earlier has also since been updated and has more details on the situation:

Cops showed Gibbs pictures of the gunman, and another man seen inside the club with him, but the rapper didn't recognize either man.

"They don't have metal detectors, they don't use wands," the investigator said, "nothing prevents somebody from bringing in a gun."

The gunman could have shot Gibbs inside, but instead opened fire when they were all outside.

"At one point, he [the shooter] was standing right next to you," the investigator said. "The opportunity was there if he wanted to shoot."

It hasn't been confirmed who the gunman was yet, but some people on Twitter have speculated that Jeezy, who Freddie had a major fallout with which resulted in death threats, was behind it. The Four Oh Five also said, "This could potentially stem from some beef between Freddie Gibbs and Young Jeezy, although absolutely nothing has been confirmed, of course, and I'm only putting two and two together."

Others have guessed that Dipset's Jim Jones, who Freddie recently called out, saying "he a wanna be blood," was behind it. But when one person suggested that on Twitter, Freddie responded "na I doubt it he too pussy."

Above is a picture of the aftermath via Alex Esguerra, who wrote "Last night two guys got shot outside of #roughtrade literally outside our window. We watched the aftermath out our window." Another instagram via @leopoldof is captioned saying the entire block is closed. As of now, tonight's Noah Gunderson / Owen Beverly show at Rough Trade still appears to be on though. If you go, keep an eye out for the previously mentioned bullet holes that now decorate the venue's door.

Stay tuned for any more updates. Listen to "Still Livin'" below...