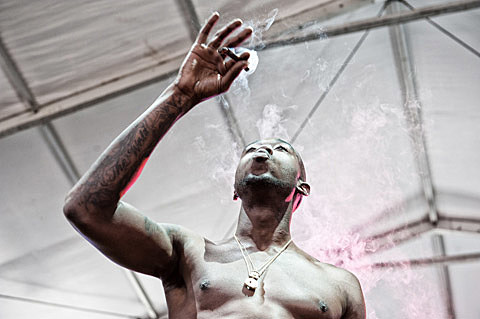 Freddie Gibbs and Madlib have teamed up multiple times in the past, and now they're planning on releasing a full length collaborative album, Piñata, on March 18 via Madlib's Madlib Invazion label. The album is set to feature guest spots from Danny Brown, Raekown, Scarface, Mac Miller, Ab-Soul, BJ the Chicago Kid and Odd Future's Domo Genesis and Earl Sweatshirt, the latter two of which both appear on the newest single, "Robes." You can stream that, along with five other singles, below.

Madlib and Freddie Gibbs have also announced a short tour together, which brings them to NYC on March 22 at Gramercy Theatre. Tickets for that show go on sale today (1/31) at noon.

All dates are listed, along with the song streams, below...