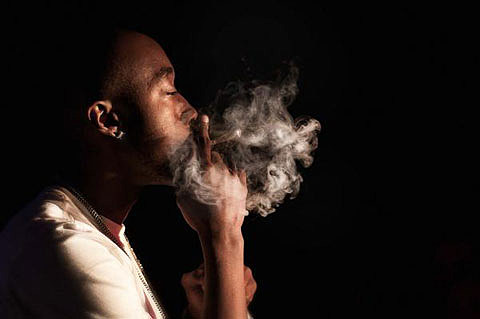 Freddie Gibbs has a new DJ Drama 'Gangsta Grillz' mixtape titled Baby Face Killa on the way which was tentatively scheduled for a Memorial Day release. It looks like that release has been pushed back a bit, but Freddie did just drop a new track to his soundcloud page which will appear on the tape. The song's called "Pull Up" and features help from trap rap greats Young Jeezy and T.I. and production from Lil C. The track flies by at just under three minutes, but that's just enough time for all three rappers to go HAM all over the king of krump's beats. Download an MP3 of the track above or stream it below.

Freddie GIbbs, who appears on Statik Seletak & Termanology's 2012 LP, was just added as an opener to their NYC show which happens on Tuesday (5/29) at SOB's. As mentioned, the show is one of their few release shows for 2012, and will also feature "surprise guests." Tickets for that show are still available. An updated flier, which now includes Freddie GIbbs, is pictured below, along with the "Pull Up" stream and a list of all dates. 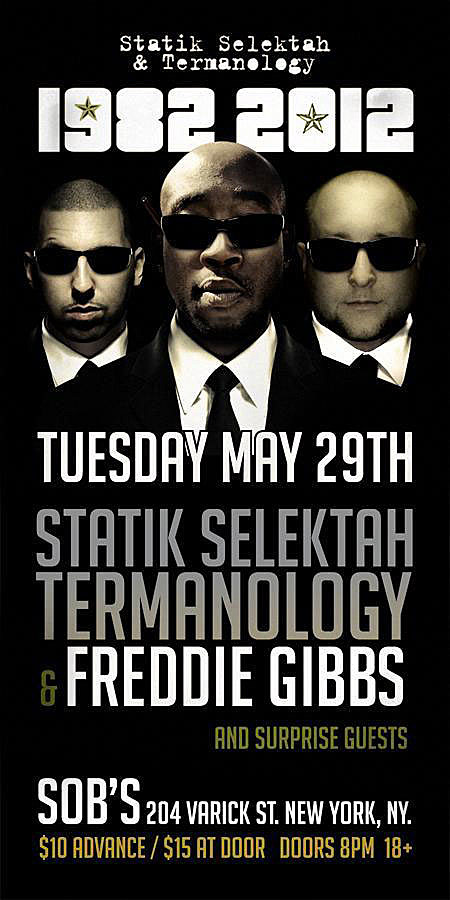