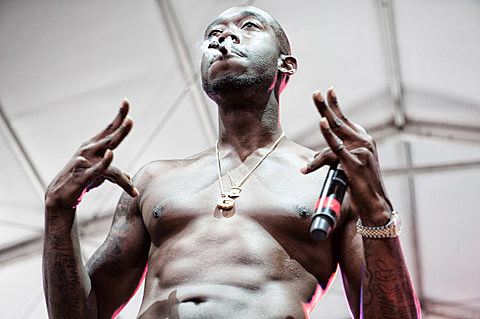 Indiana rapper Freddie GIbbs. who returns to the NYC area in October for Rock the Bells, will visit Brooklyn much sooner to take part in the July 17 edition of Scion A/V Open Mic, a series that has been moved to Knitting Facotry since the front room of Public Assembly closed. Also on the sort-of free 7/17 show is Oakland rapper Lil Debbie. Admission can be gained by entering Scion's contest.

Two days ago (7/1), Gangsta Gibbs dropped a new video for "Lay It Down" off his new album, ESGN (Evil Seeds Grow Naturally), which is out now. Check out that video a full stream of the new album below...